HIGHLANDS – Devin Custer and his fiancée Stephanie Thompson were on a bicycle ride last Monday night, Oct. 21 around 7 pm on Barbers Hill Road. This was their usual evening routine, on the same road.

In the darkness, a car approached behind them, and struck them, killing Custer. However, he sensed the oncoming vehicle and pushed Thompson aside, saving her life.

They were struck by a 2004 Cadillac Deville driven by Jason Stewart. To date, he has not been charged with any traffic violation, but it is still under investigation by the Sheriff’s office.

END_OF_DOCUMENT_TOKEN_TO_BE_REPLACED

Crosby Church hosted their annual Extreme Machine Sunday with bog races, booths, bounce houses, and a fantastic car show. This year over 110 vehicles entered the car show making it one of the largest held in this area. The contest announcements drew an ever widening crowd of spectators and contestants. Crosby Volunteer Fire Department came out to demonstrate the jaws of life and to show the kids the big old red trucks. After services concluded Rev. Smith was everywhere on the campus welcoming guests and getting stand around-ers to participate in the events going on everywhere. This year from the television show Extreme Ninja Challenge a new competitive climbing apparatus was erected to keep the young and athletic busy.

Big State Oilfield Services, Inc. recently held their first annual golf tournament and last Friday, met with representatives of Churches United in Caring (CUIC) to donate the proceeds of $3,000 to the non-profit Assistance Center in Crosby. The donation was received by Skip Greenwade, Board President of CUIC. Funds will be used for purchases of food and toys for the CUIC annual distribution to its clients.

Big State Oilfield Services, Inc. is located in Crosby and was established and is owned by the Nelson brothers, Shawn and Cory. Their kindness was in response to many whom they have known who have received help from CUIC in times of need or natural disaster. Churches United in Caring is a non-profit Thrift Shop and Assistance Center serving the Crosby, Huffman, and Barrett Station communities. Donations are accepted daily for sale at garage sale prices in the Thrift Shop at 944 Church Street. CUIC is operated by volunteers from area churches who also support the work of the Assistance Center, which has been in operation since 1983.

END_OF_DOCUMENT_TOKEN_TO_BE_REPLACED 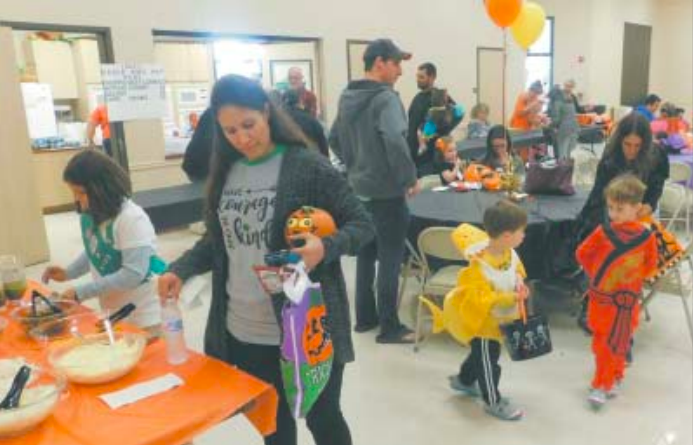 Crosby Community Center held their annual Boo Bash Party last Saturday from Noon until 3:00 p.m. attracting a swarm of trick or treaters as well as locals ready to participate in community based activities. The lavish Halloween decorations and colorful decorations made a festive event and the food was very reasonable. Volunteers welcomed visitors and directed others to the varied attractions available to viewing and classes available to enlisted. 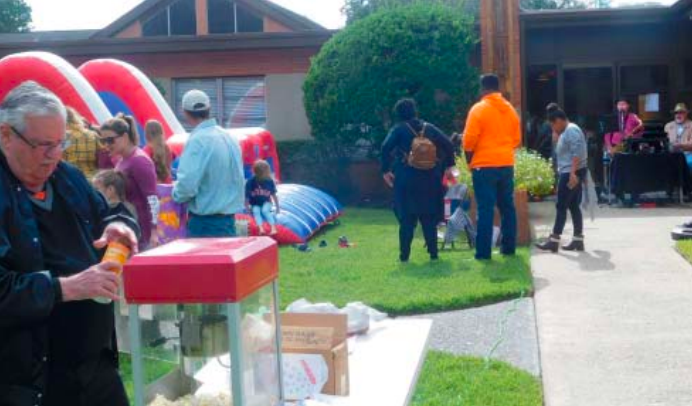 The Fall Festival and Pumpkin Patch at Crosby United Methodist Church was attractive for everyone. At left, Don Cox prepares the popcorn. In the background, Rev. Jamie Lea sings a lovely blues note as families visit booths and bounce houses for fun and entertainment.

HARRIS COUNTY – Monday Oct. 21 is the first day of Early Voting in the General Election. East Harris County area residents will vote on 10 constitutional amendments, METRO’s MetroNext bond issue in some areas, Baytown councilmen, and Newport MUD bonds, . Early voting continues through November 1, and you may vote this year at any election location. The General Election is scheduled for November 5.

In Crosby’s Newport subdivision, the MUD district is asking for voter approval of a $70 mil lion bond referendum, to be used for water, sewer, and drainage system improvements, and approval of an Ad Valorem tax in payment of the bonds.

Proposition A on the ballot would authorize a $3.5 billion bond issue, to be used for METRO street improvements, mobility projects, and other facilities. Funds for this work would come from the existing Sales Tax, and there would not be any additional taxes required. Projects included in this proposal are a new MetroRapid Bus System, more HOV lanes, and extension of the MetroRail system.

Texans will vote on 10 new Constitutional Amendments on November 5th. The issues addressed include a state income tax, creating a flood infrastructure fund, and funding for the Cancer Research and Prevention Institute of Texas. The League of Women Voters of Texas (LWVTX) conducts research on each amendment to provide fair and unbiased information to Texas voters.

END_OF_DOCUMENT_TOKEN_TO_BE_REPLACED

Many have noticed that recycling paper and other waste in Northeast Harris County is much more difficult than it once was. There were paper recycling bins at the libraries, some churches and the schools with the understanding that these worthy causes would benefit from the efforts and generosity of locals endeavoring to help clean up where they live and that the companies would profit from the waste.

Paper waste would be a commodities market and in 2015 they plummeted. In the Greater Houston Region, Waste Management once provided bins and incentives to locals for paper, there were a multitude of understandings. One of those was that only paper and cardboard would go into the bins, that has not been the case in years. The last such local agency to call an attempt to recycle paper quits was Crosby ISD. When last they had recycle bins industrial and business waste was all anyone could see in what was supposed to be only paper and cardboard bin. An additional “contamination” fee for non-recycled waste mixed in with the recyclables typically raises the costs by another $12.50 per ton.

Maintenance personnel at Crosby ISD report having caught a commercial truck trying to dump trash in the school’s other bins. They were forbidden that time.

Precinct 3 Constable Sherman Eagleton warns that he is aware of such behavior and isn’t going to tolerate it.

END_OF_DOCUMENT_TOKEN_TO_BE_REPLACED

HARRISBURG – Scott Stephens of the Cody Stephens Foundation spoke to a rally and senators in the Pennsylvania capital this week. They voted to advance a heart screening bill to the full senate for adoption.

Scott Stephens said, “Today I speak in the Capitol of Pennsylvania on the same topic, on the same date I first testified in Austin in front of the UIL seven years ago. I remember the date well because 26 years ago on this date my son Cody was born. A very special date indeed, you just can’t make this stuff up. Thank you for traveling this journey with me as the second state begins the journey to heart healthy students thru ECG screenings. #gbogh #screenemall.” 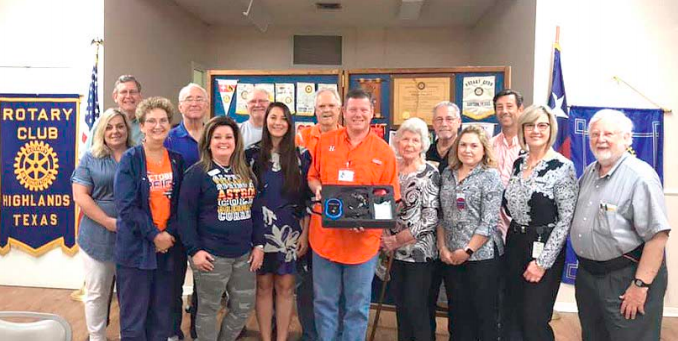 With assistance from the Cody Stephens Foundation, the Rotary Club of Highlands presented Dr. Bernard Mulvaney, Athletic Director of GCCISD, with an ECG machine to be used for heart screenings at Goose Creek Memorial High School and Highlands Junior High. ECG’s are quick, painless, and are used as a tool to help catch otherwise undiagnosed heart issues in students. Sudden cardiac arrest is preventable, and the Rotary Club wanted to provide students with easier access to this life saving tool. 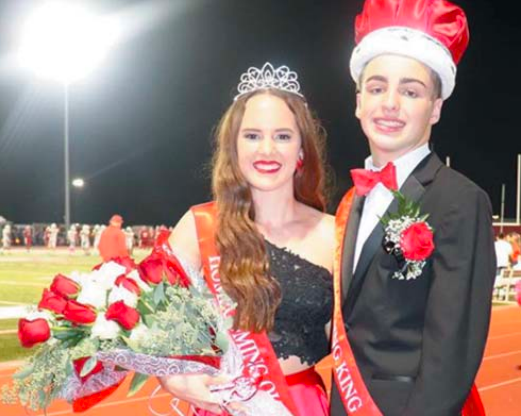 Crosby High School Homecoming featured Tyler Friday and Chrissa Jacobson as King and Queen and a 42 — 21 victory over the Santa Fe Indians.