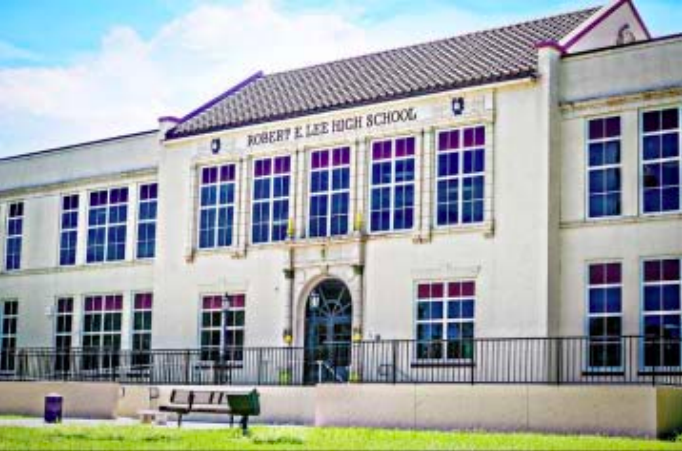 Hours of meeting was held on-line taking on hearing from two differently opinioned groups considering the current name being from Confederate General Robert E. Lee. Some 450 people tuned in to hear 29 speakers give opinions; 20 being for changing the name and 9 opposed. This comes at a time when a wave of Confederate monument removals across the country have taken place.

According to Trustee President Jessica Woods, the school board is dealing with a restrictive process by state law amid technical problems with the WebX platform and having received literally hundreds of emails concerning the issue. A lot of the emails did not get read into the public record since they did not ask to be but the trustees did receive them in a binder to review.

“This is such a potentially divisive issue in which the whole community needs to be involved. I think that it is the burden of the taxpayers to fund so why shouldn’t it be their decision? This comes at a time when the district was not able to give a raise to our teachers, it is so hard to reach 100% of our students electronically, make sure that teachers are enabled to teach electronically and the daily issues that arise concerning the first three to four weeks of school. What reaches the most number of students for the betterment of education and safety and health of the district needs to be the priority. How to get teachers and students back to the job of educating students is what we need to concentrate upon,” she said. “I am very frustrated by the process that we went through last night. I want to move this conversation down the road into the public forum so that the community has a better opportunity to comment and understanding, I think if both sides can civilly debate this issue then we can come to a better understanding of what way to move forward is.”

Dr. James Seth acknowledged the change would set the district back financially but expressed hope that the board would make the sacrifice for the future.

Trustee Agustin Loredo asked for suggestions of what name would be substituted.

A board workshop is scheduled for next week at which the public can virtually attend.