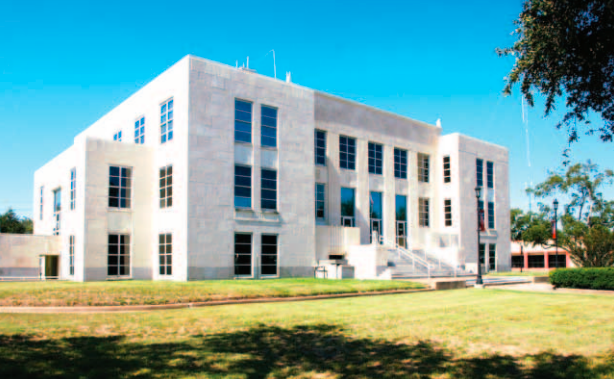 CHAMBERS COUNTY, TEXAS- On April 12, 2022, Chambers County Commissioner’s Court voted to move forward with the procurement of the Chambers County Justice Center through a public-private partnership.

The County will solicit qualified applicants through a request for qualifications. The most qualified development team will contract with the County to design, build, finance, and maintain a 200,000-square-foot facility, including a 300-bed jail, law enforcement center, courthouse, and emergency operations center. By procuring the Justice Center through a public-private partnership, the County will be able to construct the new facility without a tax rate increase, meet the Texas Commission on Jail Standards requirement that a new jail is constructed within 3 years, and deliver the project cheaper and more efficiently than under a traditional design-bid-build procurement program.

Chambers County began this process in December of 2015 with an appointed advisory committee made up of residents from Chambers County. The needs assessment evaluated population demographics, jail standards, number of required beds, and needs of a growing district and county court. The citizen-led committee ultimately recommended that the County construct a new Judicial Center. Following that recommendation, the County then hired HOK Architects to conduct a feasibility study to determine the overall scope and location of the project. Since 2016, The County has been working towards implementing the plan.

Approximately 75 percent of the land in downtown Anahuac has been acquired for the project, and jail compliance efforts are currently underway.

County Judge Jimmy Sylvia said, “The existing Courthouse was constructed in 1937 when the County’s population was approximately 5,710. The current courthouse has served Chambers County well for many years, but we have outgrown the facility. As one of the fastest-growing counties in Texas, it’s time we look towards how to meet the needs of the Chambers County residents and businesses moving forward.

“I couldn’t agree more with the Commissioner’s decision to move forward with a public-private partnership. Being able to construct this project without a tax rate increase is the highest priority for myself and the Court,” Sheriff Brian Hawthorne commented, “This project is going to alleviate many of the challenges the Sheriff’s Office faces, especially with our jail. The Texas Commission of Jail Standards issued a notice that our jail is out of compliance and that we had to be in compliance within a 3- year period or face penalties. The County is currently spending over six figures a year housing inmates in other Counties’ jails. This new justice center will allow us to save that money and ultimately offset the cost of the new facility by generating revenue housing other Counties’ inmates in this facility. I’m very pleased the Court decided to move forward with this much needed project.

Across Texas, public-private partnerships are a growing trend in procurement facilities and infrastructure for various government entities. Travis County recently formed a public-private partnership to construct a new $335 million Civil and Family Court facility. Fort Bend County is constructing a $100 million, 10,0000 seat arena known as Fort Bend Epicenter. Locally, the City of Baytown is constructing a new hotel and convention center for $63.6 million. Chambers County will soon be another example of how public and private entities can work together to best meet the needs of taxpayers.