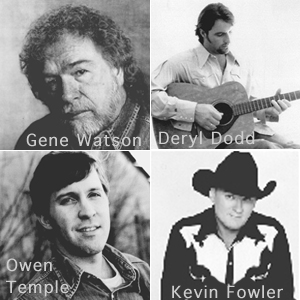 CROSBY  An exciting three nights of PRCA rodeo and concerts with double billings of performance acts are among the features for the Crosby Fair & Rodeo this June.

Thronging the Rock’N C Arena should be no problem for new Country/Rock sensations Cross Canadian Ragweed after Patrick Murphy leads off Saturday, June 14. Gene Watson and Deryl Dodd are the singing features for Thursday. Owen Temple leads off for Kevin Fowler on June 13.

This year, as usual, top ranked cowboys and cowgirls for the rodeo sport as much as the concerts give fans extra incentive to become ticket holders.

Now Texas Country Music Revolutionaries need take no exception to the name Cross Canadian Ragweed. There is guitarist a named Cross, a native Texan songwriter/singer named Canada and a drummer named Ragsdale. Holster ’em already, it’s a new sound that was critically acclaimed at the Houston Livestock Show and Rodeo this year. This new sound is straight from rocking honky tonks, rowdy roadhouses and sold-out festivals across the Red Dirt and Lone Star states and assorted other Southern border states. The guys in the band are in their mid-twenties.

There is also a bass playing vocalist named Plato and there are some philosophical slants to their songs too. The band has five records to their credit including Live And Loud At The Wormy Dog. Walls of Huntsville, Broken, On A Cloud, and Freedom are some of their popular songs. They tackle themes like destructive jealousy, hypocrisy, the trial of loyalty to Jesus, abuse of authority, and poking fun at suicide.

Of the song Freedom, Cody Canada says, I wrote the second part first after watching Gladiator, Patriot and Braveheart all in one day, a testosterone fest. But after 9-11, it took a different turn…

Patrick Murphy is about to release his debut CD The Rest of Forever. Murphy has toured the Greater Houston area bar scene and he’s been waiting a long time to take a big shot with a big voice.

Kevin Fowler makes country music that keeps Texans drinking and dancing throughout the Lone Star state. His most recent release, High on the Hog, debuted at #54 on the Billboard chart and #3 on Billboard’s New Artist Chart. It features guests including Willie Nelson and is led by The Lord Loves the Drinkin Man. Beer, Bait & Ammo, a self-released album in 200, charged a frenzy with hard-core, unapologetic genuine country consciousness. It sold 30,000 copies primarily in Texas and spawned 4 singles getting about 15,000 spins on the radio.

Willie Nelson says of Fowler, A great entertainer and a great songwriter who, in my opinion, should go a long way.

Owen Temple was born down near Kerrville and is based near Dallas now. He still plays the Texas circuit but once you hear his CD’s (he’s cut three) you’ll be convinced that their is something far too significant to be kept locally.

Sometimes he harkens to the muses of Hank Williams and Merle Haggard and at other times he writes like Guy Clark and Rodney Crowell. Those are high standards and he always seems to be reaching for a deeply sensitive clarity between strands of steel guitar, violin and wailing harmonies.

Temple has produced a variety of storytelling definitive of drama and conflict in writing.

I like those cool little psychological states-those little pieces of personality and beauty – and try to communicate them through song. says Temple of the portraits and character sketches in his songs.

All those problems in relationships or life that don’t seem to have a really easy answer and that sometimes seem contradictory with what the truth is. Temple explains how he packs as much honest feeling into melodic homespun folk and honky-tonk punch.

Deryl Dodd can deftly pick soulful harmonies on a guitar. When Dodd moved to Nashville in 1991, he found gigs playing for Martina McBride and Garth Brooks. He played professionally since he was in high school. He started out learning to play before he could speak in the Pentecostal Church where his dad preached in Comanche, Texas.

Dodd’s first album, One Ride In Vegas, was released in 1996. Critics heralded his artistry and talent and were thrilled with his organic voice and good looks. But Dodd wasn’t happy with the characterization, he wanted it to be about the music. In 1998, the album Deryl Dodd, broke and tours with Tim McGraw then Brooks and Dunn were on schedule but he got sick. Diagnosed with an inner ear infection initially, he kept touring. It was later learned he had viral encephalitis.

It wasn’t until 2000, that Dodd was able to give it another go, I became more spiritual because of the illness. I began to focus more on God’s grace than His judgement. I had to stop beating myself up,

He’s on his way up again and this time, with the experience of two major rides under his belt, the enlightened, renewed Deryl Dodd is hanging on for the full count.

Gene Watson is the most often attending artist to the Crosby Fair & Rodeo. He first became nationally famous in the 1970s and has had a string of successful records based on soulful deep melody.

END_OF_DOCUMENT_TOKEN_TO_BE_REPLACED 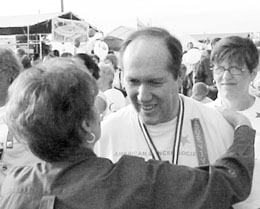 END_OF_DOCUMENT_TOKEN_TO_BE_REPLACED

Neighborhood in Highlands fights to keep bar from opening

HIGHLANDS– A petition is circulating in this community, with the intent of expressing opposition to a businessmans plans to buy the old Hall Fabric Store on S. Magnolia Street, and open an establishment that would have a beer and wine license, and additionally have games and other diversions.

Marvin Smith has reportedly purchased the building from the previous owners, Hollis and Doris Hall, and petitioned the TABC for a license.

The opponents pointed out in their petitions that the building is next door to expensive residences, near a church, and at an intersection that serves as a school bus stop for small children.

However, it seems that the new owners have not violated any laws, and it is apparently not possible to stop the business from opening, they were advised.

This has not deterred the group from continuing their opposition, with the hope that the negative feelings will build up and stop the business. In addition to the petition, flyers have been distributed and meetings have been held with neighborhood groups, according to some of the participants.

Most recently the building has been used by Videos Tonite Scene II. However, it has been vacant for about a year.

Realtor for the transaction was Krisher-McKay of Baytown and Highlands.

END_OF_DOCUMENT_TOKEN_TO_BE_REPLACED 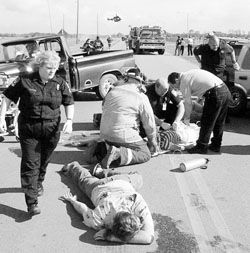 The illusion that teens can drink and drive without consequences is lies bleeding in a reality based dramatization in front of Hargrave High. Christy Graves EMT-P, directs triage and a re-enactment of a three vehicle smash-up prior to a comprehensive 2 day program involving several activities to educate about substance abuse and vehicles. Students were taken from class every 15 minutes to represent those dying on our roads at that rate by the Grim Reaper. On Wednesday, an assembly shows vehicular homicide charges brought against one student, and then students funereally hear motivating speakers. Next week’s issue will feature more on this topic.