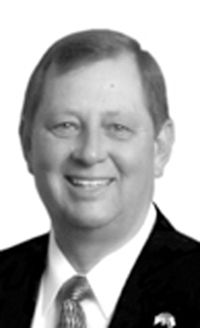 By BOBBY HORN JR.
DAYTONState Rep. John Otto, who began his second term in office last month, received a gift from House Speaker Tom Craddick last week when committee assignments were announced.
Otto will serve on two of the most influential committees in Austin during the 80th Legislative Session.

Craddick assigned Otto to the House Ways and Means Committee. This committee is responsible for developing the states budget for the next two years. Additionally, Otto will serve as chairman of the Budget and Oversight subcommittee.
While working on Ways and Means, Otto will also have his hand in the budget-making process as a member of the Appropriations Committee.
Ottos other committee assignment is also expected to be a hot button issue: redistricting. Otto will see at least one familiar face on the redistricting committee. Crosbys Joe Crabb, who served on the committee in the 79th session, returns as chairman.
The committee assignments reflect the preferences of each individual member, to the degree that it could be achieved, Craddick said. I made these appointments after weeks of discussions with legislators, and I believe this leadership team strikes a balance between experience and the diverse interests of this state. The subsequent selection of subcommittee chairmen will round out the committee process. I want these members to go forth in carrying out the business of the state and in achieving the goals they have set for themselves and their constituents.
Craddick has been chastised by other members of the House for using committee assignments to punish those who opposed his election as Speaker, while giving out favorable assignments to those who supported him.
During the 79th Session, Ottos first session in the house, he served as vice chairman of the County Affairs and Government Reform committees as well as a member of the Rules and Resolutions committee.
Craddick said that his appointment of 14 new chairmen reflect the ever-changing face of the House membership. Craddick also expressed his belief that the committees are one of the most important components of the legislative process. Faced with challenging issues such as appraisal reform, property tax relief, water conservation and healthcare costs, the House leadership team will focus on reaching solutions in a bipartisan and pragmatic manner, he added.