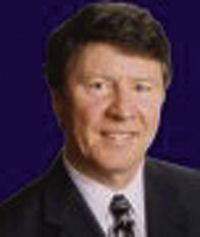 By BOBBY HORN JR.
The Harris County Commissioners Court, last week, approved a motion calling a county bond election for $880 million in roads, parks, facilities and port improvements.
County Judge Ed Emmett said that, if passed, the bond proposals would not trigger a property tax increase and would appear as three propositions on the Nov. 6, 2007, ballot.
Although court members may still alter the final amounts, Emmett said the court is considering the following bond amounts: Roads- $190 million; Parks- $95 mil lion; Adult Detention- $195 million; Forensic Center – $80 million; Family Law Center- $70 million for a County total of $630 million.
Additionally there will be a Port of Houston referendum for $250 million, bring the total election to $880 million.
Because Harris Countys economy is continuing its vigorous growth, Emmett said, county officials are confident these projects can be accomplished without increasing property tax rates.
Voters right now are in no mood for a tax increase, and I have to agree with them on that, Emmett said. County policy has always been and continues to be to maintain the current tax rate.

One of the prime reasons Harris Countys economy continues to grow so strongly is because residents here realize the importance of investing in our economy, Emmett said. We need to keep up with our transportation and economic needs if we want to continue enjoying the benefits of a strong economy.
Joe Stinebaker, communications director for Emmett, said that increases in property values will allow the county to generate the funds they need for the bonds without raising the individual property owners tax rate.
Stinebaker noted that the infrastructure improvements in each precinct would also encourage new business investment in Harris County. This, he said, would increase the countys taxbase. With a larger tax base to draw upon, he added, more tax revenues would naturally follow.
Mark Seegers, spokesman for Commissioner Sylvia Garcia said that if approved the bonds would be used to address needs outline in the countys master plan which looks at growth and development needs over the next seven years and beyond.