Cotten seeks another term on school board 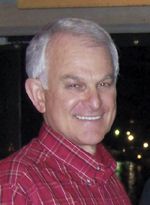 By BOBBY HORN JR.
HIGHLANDSWeston Cotten knows Goose Creek CISD.
He has seen the school district from the perspective of an employee, a parent and, for the past 18 years, a trustee. Now, he is asking for voter support as he seeks another term on the board of trustees.
Cotten has served as a trustee since 1990 when the school district changed it board format from all at-large positions to single-member districts. Cotten represents Position 3 on the board, or the Greater Highlands area of the district.
Of all the board members who now serve, Cotten has served the longest. While a person can learn the job in a year, he said, if it helpful if a trustee knows the history of the district.
If someone brings up an idea, I can tell them been there, done that. And whether the idea worked or not, he said.
The biggest issue facing the district, Cotten said, is discipline. Cotten said that a higher level of student discipline would be transferred to test scores. If we can get a handle on that (discipline), you will see scores go up. Students are stressed out from the atmosphere at the schools. They feel threatened. Cotten said that only when students feel safe could school become the learning environment it is supposed to be.

He got a first hand lesson in how students think when he served as a government, economics and sociology teacher at Lee High School in the late 1970s.
Cottens wife also served as a teacher at San Jacinto and Harlem Elementary Schools, and B.P. Hopper Primary.
Cotten has seen the district from the parents perspective with daughter Chrissa and sons Nathan and Chet graduating from Sterling. I have a niece attending (Goose Creek schools) and a grandson coming soon, Cotten said. I want to do the best I can for them and for the district.
Going along with discipline, Cotten said that Goose Creek must focus on getting a higher percentage of students to pass the TAKS. We need to modify the curriculum and see whats working and whats not working.
He noted that districts have a dilemma when it coming to standardized testing. Were teaching the information. But do we teach them the test or do we give them a well-rounded education and believe that the skills they have will naturally take them through the test. Since the state only considers test scores, he said, districts often are forced to concentrate on the tests.
But education is more than taking tests, Cotten said.
There are a lot of students who are not college material, Cotten said. Or they dont want to go to college. They just want to graduate and get a job. He said that the district needs to focus more energy on its vocational training programs. We could work with Lee College to get them (the students) a certificate so they can get that job when they graduate. The jobs are there they just need someone to fill them
Ive really enjoyed my time on the board, he added, and I think that I have a lot to offer with my varied background of occupation and education.
Early voting begins on April 28 and goes through May 6. Early voting will take place at the Goose Creek CISD Administration Building on I-10, the Baytown City Hall on Market Street and the Cedar Bayou Community Building on Highway 146. Polls will be open April 28-May from 8 a.m. to 5 p.m.; May 3, 5-6 from 7 a.m. to 7 p.m. and May 4 from 1 to 6 p.m. Election Day is May 10. The only polling location in Highlands will be on election day at the Highlands Elementary from 7 a.m. to 7 p.m.