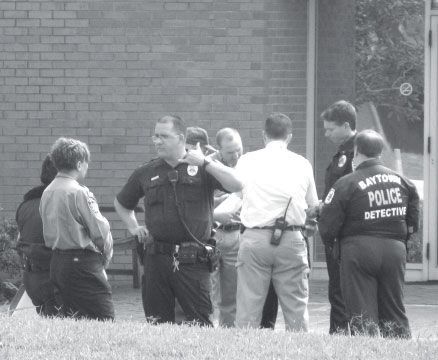 BAYTOWN  Lee Colleges Barney Gray Science Building was evacuated for more than an hour last week following a bomb threat to the school.

Baytown Police Lt. Eric Freed said that just before 9 a.m. on April 2 someone called the colleges main switchboard and told the operator that there was a bomb in the science building.

The caller did not elaborate on the type of bomb. It was a very brief call, Freed said. Witnesses differed on whether it was a male or female who called; leading police to believe it was a soft-spoken male.

Freed said that they evacuated the building of a few early morning students and staff, then began to search the building.

No device was found.

Freed said that since no threats were given to other buildings, a campus-wide evacuation was not needed.

Lee President Dr.Michael Murphy praised the colleges security guards and police for containing the situation and not letting a panic develop.