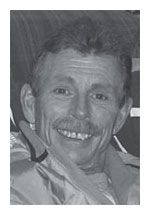 Timothy Jay Burger affectionately known as Jay to all his family and friends passed away on Monday April 20, after a 20 month battle with cancer, at the age of 51 in Crosby, Texas.

He was a prominent businessman owning Jay Burger Signs & Service and Precision Lighting and Maintenance for 26 years.

He had been very active within the community being past President of the Highlands Rotary Club, member of the Channelview Lions Club and member of the North Shore & Highlands Chamber of Commerce. His passion was being on the water and any kind of car, boat or motorcycle that would go fast. One of the last dreams he fulfilled before becoming ill, was to own a houseboat on the Tennessee River.

He was very active with his son Andy and friends traveling around Texas to watch and compete in motocross events and always looked forward to going to the Loretta Lynn (Hurricane Mills) amateur nationals in the summer time, camping out via the motor home and roughing it for a week. He loved floating down the Guadalupe River or just being with family and friends. He loved playing Black jack and drinking White Russians in Vegas. One of his favorite sayings was Aint nothing but a thang.

He was born in Nashville, Tn., and grew up in Chattanooga, Tn., graduating from East Ridge High School; he has remained close friends with a lot of the kids that he went to kindergarten with.

Jay was very fortunate to have so many special friends Joe Boutte, Fred Zabac, and his family along with their children Fred Michael, Alexis, and Emily that made an endless supply of his favorite Cupcakes. Tom Edison was his favorite camping buddy.

Dad  You are gone in body but you will always be with me in spirit… throughout the rest of my life… Thank you for teaching me to be the man that I have become. I will always love you.