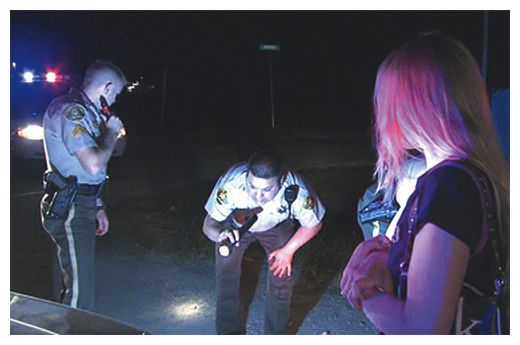 Last early Monday morning, for example, a homeowner was detaining a young person in his yard that had been attempting to get inside his vehicle. The resident called 911 for patrol help to his Newport residence and Deputy Peterson was first to arrive.

Peterson obtained a statement that the young man had a friend run off before the resident came out of his house. The deputy then noticed a vehicle drive by and performed a traffic stop and detained the driver.

Lieutenant Jasen Rabalais arrived and interviewed the two young men concerning the alarming number of burglary of vehicles that had been experienced in Newport over the past few months. The Lieutenant elaborated about how he had conducted an arrest of two similar young four weeks before burglarizing vehicles.

During Rabalais interview, the two young suspects talked of how they had entered vehicles that had been left unlocked throughout Newport and took items from each. A total of seven residential vehicles had been entered by the youths, according to their statements.

Rabalais convinced the two seventeen year olds to go with him and see that all the items that had been taken were returned to their rightful owners. All the missing items had been found in their backpack.

The Garrett Road area of Sheldon had been home to both the seventeen year olds. Both had been charged as adults in these cases.

Residents would do well to lock their cars at night, large numbers of unlocked vehicles attracts car burglars.