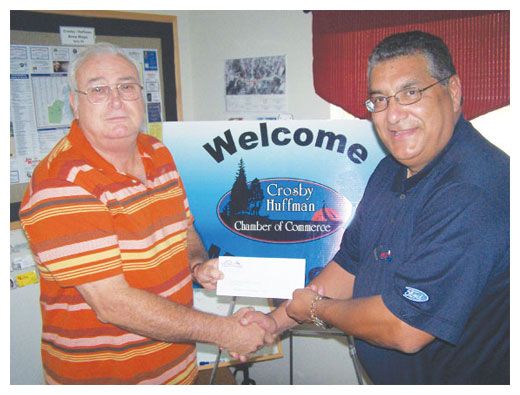 CROSBY  The Crosby-Huffman Chamber of Commerce has gotten into the spirit of Back to School with a pair of community service projects.

For the past couple of weeks, the chamber has been holding a School Supplies Drive.

Bob Ward, Second Vice President of the C-H Chamber of Commerce Board of Directors and owner of Bobs Computers, said that the chamber celebrates their 85th anniversary this year and they wanted to give back to the communities that have supported them for so many years.

Every year there are students in our area who start school without supplies, Ward said. Our chamber wants the community to know we care.

Ward said that donations could be dropped off at the chamber office located at 5611 S. Main in Crosby, the Crosby State Bank branch across from Palais Royal in Crosby and at Crosby Church on U.S. Hwy. 90.

We are asking members to support this effort either with a monetary gift or with school supply items (i.e. crayons, paper, glue, No. 2 pencils, etc.). Anything received will be divided between the schools, Ward added.

The drive will continue through Aug. 14.

On Aug,. 13, the chamber continued their tradition of welcoming new teachers to the area with a New Educators Luncheon.

The luncheon was held at the Newport Golf Club. During the luncheon, newly hired educators for Crosby and Huffman ISD as well as Sacred Heart Catholic School were introduced. Each of the new educators were presented with a goodie bag with information about the community and local businesses.