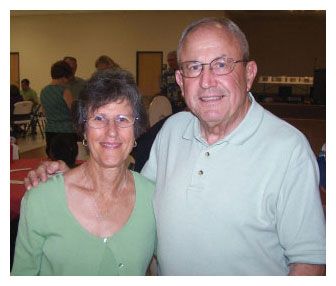 Joe Crabb, R, has decided not to seek reelection to the Texas Legislature after 18 years of representing District 127.

Crabb issued a statement at the Crosby Alumni Association Reunion dinner on Sat., August 1 concerning his community affiliation since he was born in 1939.

We moved to Crosby towards the end of WWII. Other than our parents and church, your friendship contributed the most to our values. We did all our public school education here in Crosby and will always be Crosby Buffaloes at heart.

“I had the good fortune to pastor the Lake Houston United Methodist Church in later years and spent over seven great years with that congregation in Huffman. Before that my wife Nancy had taken a job with the Humble School District, so we moved up by the lake in Atascocita. Over my life, I have lived in and been associated with Highlands, Crosby, Huffman and Atascocita, plus I have officed for 16 years in Kingwood, so my life has been spent across District 127.

Crabb summarized his career, It has been 18 exciting years, but after 49 years as a Methodist preacher and 26 in the military reserves, its time to move on to the next years which will include some fill-in work for some pastor friends, some business ventures, and much more time with the family.

“By the way, my best decision in this life was to ask my wife to marry me.

“Before I did, I prayed about it for several hours down on the beach at Freeport. I listened to God. Nancy has been not only my wife but also my best friend as well as my adviser, booster, defender, listener, gatekeeper, travel agent, valet, nurse, chaperone and minesweeper  and one great cook. I havent always been so smart as I was when I asked her to marry me.

Crabb served on the House Committees Agriculture & Lifvestock, Energy Resources and Rules and Regulations since he has been elected since 1992. Crabb is one of the more educated representatives in the Legislature, he has a D.D.V. from Texas Christian University, J.D. from University of Austin, M.A. from the University of Saint Thomas and a B.A. from the University of Texas at Austin. His employment history includes Rancher; Attorney, he is a member of the State Bar; Commander, Judge Advocate General Corps U.S. National Reserve, retired; Prosecutor for the Cities of Houston and Humble; Assistant District Attorney for Harris County; Ordained Minister as Pastor of Addicks United Methodist Church.

To the community at large he expresses, Thanks again for your friendship and thanks to all the folks in District 127 who have allowed me to represent them in the Texas House for 18 years. It has been a great honor to represent you.