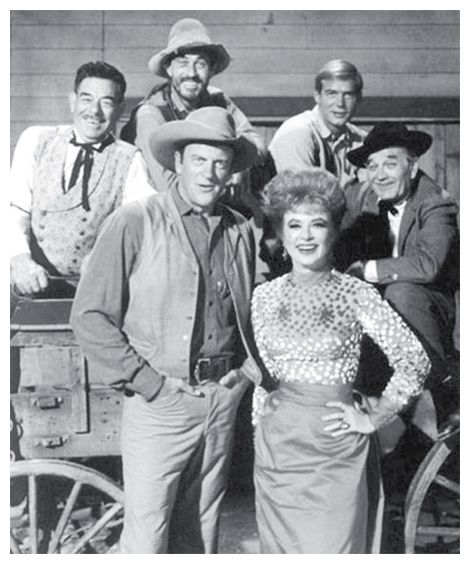 In more than one column in the past I have mentioned I am a great Western movie and TV show fan. Some would say, my family in particular, I am addicted. Such as it is. Certainly I am a great fan of the John Wayne western movies and, if I am addicted, it is to the former Gunsmoke TV series that played first-run programs longer than any other TV show. More than twenty-years on TV and prior to that played for eleven years as a radio series.

My good Crosby son, David, gave me some info on Gunsmoke, via the internet, a few days ago that interested me greatly.

One of those was the original Gunsmoke TV program starring James Arness as Matt Dillon and the rest of the original cast. As many original shows and reruns I have watched I had never seen the original.

I was surprised to see that John Wayne introduced the first program in the series many years back. Turns out Wayne and Arness were good friends. Further, Arness played in a few of the Wayne westerns and Wayne was the one that recommended Arness for the role of the now famous Matt Dillon.

As you might have guessed, if you are familiar with Gunsmoke, Dillon was shot in the original and would be shot in many future shows. Of course, he always recovered and would get the bad guy at that shooting or later. That U. S. Marshall always got his man.

Matt would be injured, Doc Adams, would dig out the bullet, Kitty would nurse him back to health and Chester, later Festus would agonize at his side. That particular part of the weekly show never varied but I still enjoy watching.

Gunsmoke was also unique in that the main characters, save Chester, remained the same throughout the series. Milburn Stone was Doc throughout the series and carried the name of Doc Adams most of the time. Amanda Blake was Kitty throughout the series until the last season until she left because she couldnt handle watching Matt getting shot anymore. She was always on hand at the saloon she ran or was on the street during the gunfights when Matt was shot or got his man. Faithful, and not so smart, Chester was usually at Matts side. He was played by Dennis Weaver, who was the only one of the cast to leave the show in its heyday.

He was replaced by Festus who met Matt out on the trail and became his deputy. He was a member of a mountain family, had no education, and was the butt of many jokes by other members of the cast throughout his tour.

Such was, and continues to be, the Gunsmoke cast as the series continues as a regular show on more than one TV channel today. The cast and their lives need some more explanation and Ill try to do that in a column perhaps next week. Got to quit now as it is time for Gunsmoke.

Such are the people, places and things that have touched my life in my home.