Drag racing show to be filmed at HRP 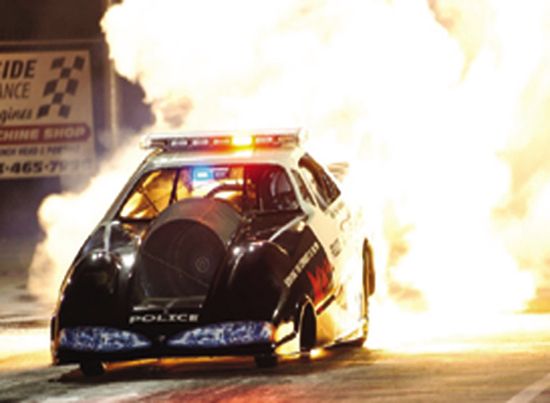 CHAMBERS COUNTY Its baaaaaaack!
PINKS All OUT made its debut at Houston Raceway Park before a packed house in 2007, and after a three-year hiatus, the incredibly popular television show on SPEED makes a return to Chambers County October 15-16.
More than 500 grassroots drag racers will take to the quarter-mile drag strip in a battle for bragging rights and a share of the purse. Host Rich Christenson will be on-hand to handle the festivities, plus all of the other regulars from the hit TV show. Plus, there are exhibition races, a bustling vendor midway and much more!

PINKS All Out, the popular spin-off program to the original PINKS series, is hosted by creator Rich Christensen and offers grassroots racers a chance to win more than $18,000 in cash and prizes and an opportunity to run their cars in front of a national cable television audience on SPEED. Each racer is asked to run their car all out, and if they are caught sandbagging or slowing down they will be eliminated from the coming petition.
New episodes are broadcast on cable channel SpeedTV on Thursdays at 7p.m.
I can assure you that this is one event on our racing schedule you wont want to miss, said Houston Raceway Park General Manager, Seth Angel. The energy and excitement surrounding any nationally televised event is overwhelmingly infectious. Were literally going to give away thousands of dollars in cash in front of thousands of fans to create a made for TV reality show. Can anyone say lights, camera, action
The taping of the episode will be the second to last venue for the shows fourth season. PINKS All Out concludes its national tour Nov. 20 at Firebird International Speedway in Phoenix.
Tickets for PINKS All Out at Houston Raceway Park are going fast and can be purchased by calling the HRP ticket office at 281-383-RACE (7223).
Reserved seats for Saturdays qualifying sessions and eliminations, including exhibition runs by Bob Motzs Jet Kenworth truck and Mike Hojo Hojonakis Interceptor Police Jet Funny Car, are only $30.
Tickets for Fridays test and tune are $15. Kids 12 and under are free when accompanied by an adult.