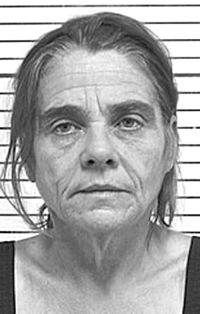 By BOBBY HORN JR.
LIBERTYOral arguments began this week in the trial of Sheila Muhs in the 253th District Court in Liberty.
Muhls is standing trial for the 2009 murder of Donald Coffey IV and the attempted murder of seven others.
The charges stem from an incident on May 7, 2009 in which Gayle and Sheila Muhs allegedly fired at least two shotgun blasts at a pair of packed cars that stopped outside their house south of Dayton. Police said the families in the two cars were driving on a public road when the Muhs t external opened fire from their house, killing Donald Coffey IV and hitting three others, including the boys 5-year-old sister.
Outside the Muhs house was a handpainted sign complete with misspelling and exclamation points that warns: Trespassers Will Be Shot. Survivers Will Be Reshot!! Smile I Will.
Ken DeFoor , who was serving as Liberty County Sheriffs Department Chief Deputy at the time of the shooting said it was the most external violent reaction to something so blatantly, blatantly minor hes ever seen.
Police got a 911 call just after 9 p.m. DeFoor said, from Sheila Muhs who reported there were people in jacked up four-wheel automobiles … and that she shot them. She also reported that the vehicles were destroying the nearby levees.
Police say, however, that the people in the vehicle were not doing anything illegal
The Coffey family  mom Becky, dad Donald III and their three children  were visiting friends along with Patrick Cammack and Cindy Nelton in the Muhs neighborhood. The two families had planned to go off-roading at the nearby government-owned levees on the way home, an activity that is both popular and legal.
In the Jeep were Cammack, 30, Donald Coffey III, 30 and Donald IV, 7. In the following Ford SUV were Becky Coffey, Nelton and the Coffeys 5-year-old daughter Destiny, and 11-year-old son.
The families said they stopped on the county-owned road outside the Muhs home so one of the boys could go to the bathroom by the side of the road. Thats when, police said, the couple ran out of their house.
At that point, Sheila Muhs is accused of firing at the vehicle. Her husband reportedly joined her and began to shoot as well.
Police said that the Muhs began to pursue the Jeep as they continued the fire.
Injured in the shooting was Destiny who had been shot in the elbow, Donald Coffey III shot in the shoulder and Cammack, who was driving the Jeep who was hit in the base of his skull. Donald Coffey IV, however, had been hit by several shotgun pellets in the face and head. He later died at an area hospital.
DeFoor said police believe the Muhs may have fired as many as four shots from the 12-guage pump shotgun, each one spraying 15 pellets.
Texas does have a castle law that allows property owners to shoot if someone is trespassing on their property at night. But that law, DeFoor said, did not apply in this case.