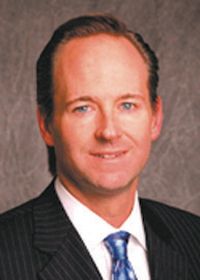 AUSTIN Representative Craig Eiland (D-Galveston) was named to Capitol Insides All-Decade Legislative Team for the 2000s. Each legislative session Capitol Inside names the best legislators. This year they named the best legislators for the decade. Representative Eiland was placed on the House Team for the 2000s.
He had been named Best Legislator twice, once named MVP, and twice been honorable mention. Mike Hailey, the editor and publisher of Capitol Inside said this of Rep. Eiland, Craig Eiland has been highly effective regardless of which party is ruling the House. Hes been a true statesman – and thats rare.
Eiland responded by saying This is a real honor to be named by the Capitol Inside to the All-Decade team for the last decade. There are some impressive names on that list, and am humbled to be included with them. I am just glad that I have had the opportunity to be in positions that can help my constituents throughout the years.
Representative Eiland has served in the Texas State Legislature since 1995. This session he served on House Appropriations and House Insurance. These two committees were hotbeds of activity this session with the devastating budget short fall and the reform of the Texas Windstorm Insurance Association.
Eiland says, This job requires me to be away from home quite a bit and I couldnt have done it without the support of my wife and children.