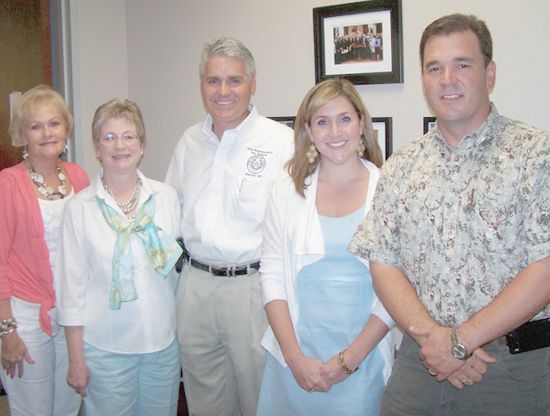 NORTHEAST HARRIS COUNTY  The most changed area in Texas following redistricting is here. The most change in representation is for northeast Harris County and the changes will be effective beginning at the next election and probably last for decades.
A public hearing is to be held Monday, July 25 at 6:30 p.m. in the East Harris County Activity Center7340 Spencer Highway, Pasadena, Texas 77505 For more information call (713) 755-6220 or (281) 479-4232 to discuss re-drawing Harris County Precincts. Northeast Harris County will now be within Precinct 2 seated in Pasadena. Jerry Eversoles District will shrink from 1.12 million folks to 1.02 million. Jack Mormons Precinct 2 will expand all over the East of Houston and shrink in population. It will be called the slower growing district by the City of Houston and remain a majority Hispanic District.


U.S House of Representatives 2nd Congressional District, Ted Poes District once stretched from Beaumont to Tomball now it is a tiny area inside Houston and includes most of Huffman but not Highlands and Crosby. Of four new congressional seats in Texas a new district that willl include most of Poes seat up to the San Jacinto River will be call U.S. Congressional District 36 whenthe 113 Congress convenes in 2013. Poe will keep all of Newport, the subdivision just East of itself and Huffman.Poe keeps West of Peters Rd. to Ramsey Road but East of that is within District 36 East of FM 2100 within Crosby proper is within the new district. Poes new district now ends at Jones Rd. in West Houston and begins to encompass all of Huffman North of Stroker Rd. The new district 36 runs as far south as NASA Rd. 1. and East to Beaumont outside the Baytown area. Follow the railroad tracks North in Crosby, they divide the Poes district from the new district. Overall Harris County will lose one U.S. Congressional seat from 25 to 24.
In the State House of Representatives Crosby can say hello to District 128 and Wayne Smith of Baytown and Deer Park and the Houston Ship Channel and farewell to Dan Huberty. Most of Huffman remains within Dan Hubertys repersentation except where the High School is located and some of the most easterly parts. In northern Crosby Huberty keeps the western end of Spanish Cove, North of Stroker. Those easterly parts down to Barrett Station go to Wayne Smiths 128th District and runs south to Spenser Highway, includes La Porte but Barrett Station is now within District 142, connected by the keenest Gerrymander line yet. District 128 resumes again after Barrett Station. Highlands is busted into two state representative district right down FM 2100 West of FM 2100 goes to Pasadenas District 144 while the easterly rest of Highlands generally goes to District 128.
Ken Jones, Precinct 3 Constable, will address the Crosby/Huffman Chamber of Commerce concerning redistricting begining at 11:30 p.m. at American Legion Hall 648 in Crosby on Thursday.