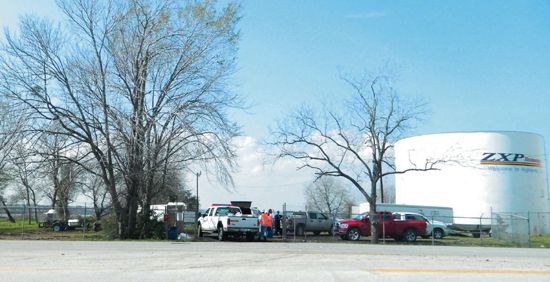 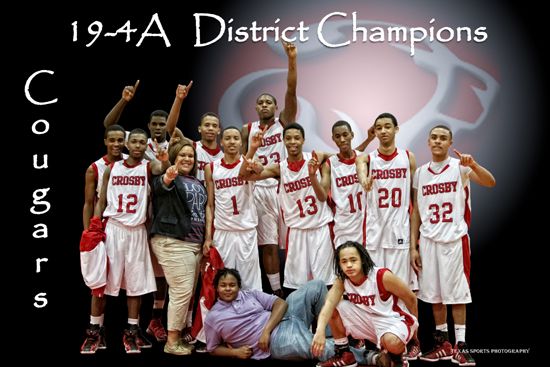 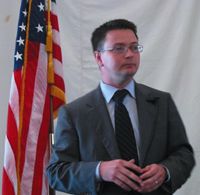 Commissioner Morman and Precinct 2 will operate the center effective February 22nd grabbing the reigns from Precinct 4 due to redistricting after the 2010 Census.

All winners, no losers at great Rotary Chili Feast

The day is a festive occasion, with the participants enjoying a combination of good food, good company of family and friends, and the excitement of a raffle with a very large prize – a new car or pickup truck.

Rotarians look forward to this fund-raiser all year, with everyone pitching in to help make it a success. The money raised is used throughout the rest of the year for community projects, scholarships, and international projects through Rotary International.

The raffle is limited to 600 tickets at $100, to increase the odds of winning for the ticket buyers. As a result, about 1000 people come every year to eat, talk with old friends that they might not see every day, bid on auction items, and hope their ticket is the last one drawn – i.e. the Winner!

This year the honor went to Stacey Graham, an employee of Woodforest National Bank in Highlands. The ticket was sold by branch manager Tonya Russell. Thirteen other prizes, worth more than the cost of the ticket, were also awarded.

Rotary expects to net about $50,000 from the event, which will be returned to community projects. 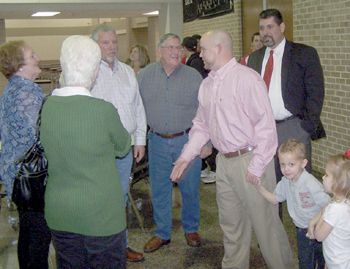 CROSBY  The Crosby ISD Board of Education welcomed the new Athletic Director Jeff Riordan and by extension introduced him locals on Friday night and introduced the Crosby High School Athletic Booster Club too.

I certainly appreciate this welcome, said Coach Jeff Riordan, I want everyone to know Im going to put an outstanding product on the field. Our motto for this year is going to be Code Red.

We want our athletes to work hard and strive for excellence both on the field and in the classrooms. Our goal is to teach our student/athlete to take what they learn in these situations and use it the rest of their lives.

A lot of enthusiasm exudes from Jeff Riordan when one first encounters him. He describes his development as I graduated from Bridgeport High school in 1997, where I was a very successful athlete, I was an All-state W.R., regional qualifier in track and lettered in baseball. I then attended Austin College where I excelled in football and track. I was a two time team captain, #1 KR and top 10 W.R. in the American Southwest Conference. My hobbies are very similar to by priorities. I enjoy the time I spend at my church. I have taught bible classes, given sermons and lead prayers. I enjoy spending quality time with my family and supporting them in any way I can. I love all sports, coaching, playing or spectating.

His coaching philosophy centers on reaching young men and women by developing trust through getting to know them on a personal level and building a rapport with them. I believe in creating a structured, positive and energetic environment where athletes and coaches are challenged and encouraged daily. 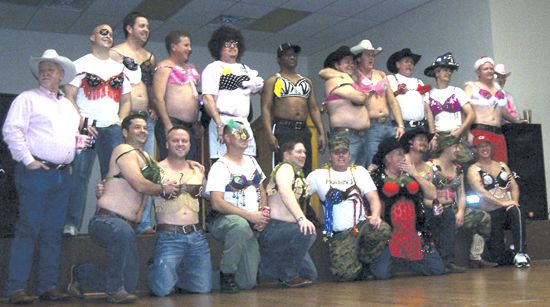 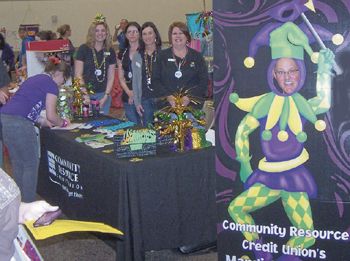 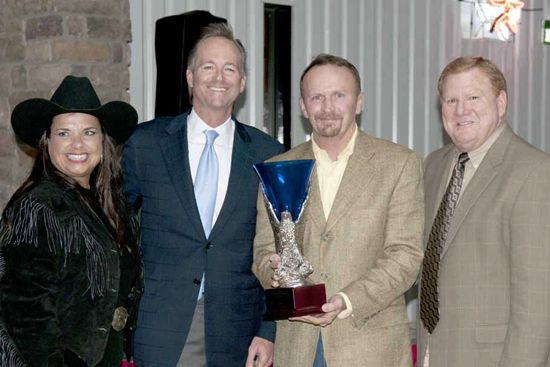 Barbers Hill ISD Superintendent Dr. Greg Poole was named 2011 Person of the Year by the West Chambers County Chamber of Commerce during their awards banquet this week.

Pictured with Poole are Missy Malechek, President of WCCCC, State Representative Craig Eiland, who was 2010 WCCCC Person of the Year, and Joey McWilliams, 2011 WCCCC Chairman of the Board. 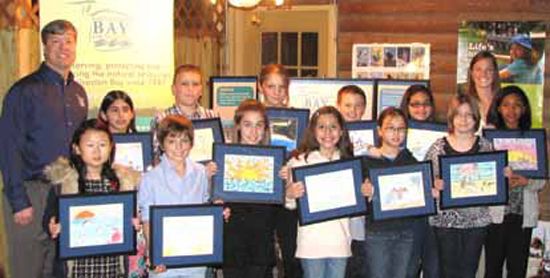 The Galveston Bay Foundation (GBF) estimates that this project has reached over 10,000 fifth grade students in its past 20 years. More than 440 students from 10 different schools submitted entries for the 2012 Galveston Bay Childrens Art Calendar contest.

Students who live around the Bay were asked, What people, plants, or animals can you find in and around Galveston Bay? or Who uses Galveston Bay? Through their knowledge and creativity, students illustrated their answer to one of those questions.

This years Galveston Bay Childrens Art Calendar is particularly special, as GBF is celebrating our 25th anniversary, said GBFs Manager of Education Programs, Rani Henderson. She continued, The calendar features the students wonderful art as well as two new features, The Green Thing tips and QR codes for smart phone users. It is our hope that these new features in this years calendar will inspire and create action amongst the many users of Galveston Bay.

GBF would like to congratulate all of the 2012 Galveston Bay Childrens Art Calendar contest winners.