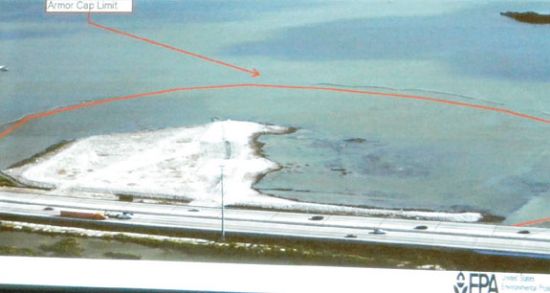 August 16, 2012Harris County Attorney Vince Ryan announced today that his Office has filed an amended complaint against several companies that knowingly allowed dioxin to pollute the San Jacinto River for over 40 years.

The complaint details the companies actions, inactions, and silence that led to decades of dioxin exposure to the public and the food supply of Harris County. The lawsuit was first filed in December 2011 against International Paper Company, Waste Management, Inc., Waste Management of Texas, Inc. and McGinnes Industrial Maintenance Corporation.

The Countys lawsuit contends that in 1965 the Champion Paper Mill contracted with what is now a Waste Management company to dispose of toxic wastes from a paper mill into ponds located near the San Jacinto River. The waste ponds were eventually abandoned and portions of the ponds and their toxic contents became submerged below the San Jacinto River.

The chemical wastes include dioxin which is widely regarded as one of the worlds most toxic chemicals.

According to the lawsuit, historical documents reveal that the abandonment of deteriorating and leaking dioxin waste pits was planned, purposeful and intentional.

The Countys lawsuit alleges details of a corporate plan to dispose of toxic black liquor into ponds near the shores of the San Jacinto River. Defendants are alleged to have voted to abandon pits full of dioxin waste, while company executives rewarded themselves with large bonuses.

The complaint notes that [b]ecause Defendants have left a legacy of pollution in Harris County by causing and allowing dioxin to be released into the San Jacinto River instead of spending the money to properly dispose of their dangerous chemicals, it is appropriate that they now compensate Harris County for the consequences of their choices.