Crosby Board of Trustees votes in new president 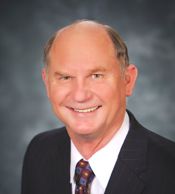 John Lindsey is Crosby ISDs new Board of Trustees president. He is a life-long resident of the Crosby community where he and his wife, Becky, are Crosby High School graduates. Their two daughters, Maegan and Lauren, are also Crosby High School graduates who both graduated from Texas A & M in College Station. John recently retired after 35 years of service from Chevron-Phillips. He has also done volunteer work through Sacred Heart Catholic Church.

Lindsey has been working on behalf of all students since his tenure on the CISD Board of Trustees began in 2004. He is serving his 3rd term as a Crosby ISD board member. As the new president, his passion for his board work is something that has kept growing over the years. Lindsey is proud of the work that he and the other board members have accomplished, and is most proud of the tax roll-back election that passed three years ago which provided the district greater budgetary freedom. He also recalled that a recent high point was hiring the new superintendent.

Board President Lindsey believes that Crosby ISD is the best kept secret in northeast Harris County  a district whose financial resources are limited though is still able to excel in UIL activities and quality instruction for all students. According to Lindsey, the future of Crosby ISD is bright with a significant student population increase just around the corner. Board agendas in the future, Lindsey noted, will be replete with many challenges as we will be considering the building of new schools, the restructuring of grade configurations, and the issues surrounding state funding of education.

Lindsey is excited about serving the district and the community as the president of the districts Board of Trustees. In his new role, he is eager to work with Superintendent Keith Moore and the veteran and recently elected board members. Lindsey commented that he is, looking forward to many more opportunities to brag about the district!