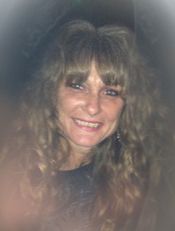 HIGHLANDS – Harris County Sheriffs Homicide detectives say that a break-up of roommates led to a female friend of one of the roommates being shot to death.

Neighbors heard shouting and arguing Friday night prior to the sound of a gunshot in the early morning of Saturday.

Sometime after 1:30 a.m. Saturday on the north end of Highlands at 318 Greenbow Lane near Lochness in Highlands, Charles Ivey, 32, allegedly discharged a single blast from a shotgun.

Charles Ivey initially told law enforcement investigators that he shot Donna Schumaker, 41, while defending himself during an altercation. After saying the shooting was in self-defense, Ivey later confessed to hiding a knife near the body of Schumaker.

The Highlands man is being held in Harris County Jail on $50,000 bond charged with murder.

He contends that Schumaker had come between he and his roommate and was arguing with him according to investigator Sgt. Robert Spurgeon of HCSO Homicide Division.

Statements from witnesses to the events indicate that the victim had introduced herself and then after seeing a shotgun was being held by the suspect, had said Oh, No, I have never had a gun pulled on me in my life.

Then the gun went off.

He originally stated that he had seen something in her hand and investigators had found a knife next to her body, said Harris County Assistant DA Lisa Collins. However, when questioned further, the defendant admitted that he had planted that knife in an attempt to claim self-defense.

Saturday evening, Ivey appeared in magistrate court. In court, it was revealed Ivey has no felony record. The murder charge carries a possible punishment of five years to life in prison.