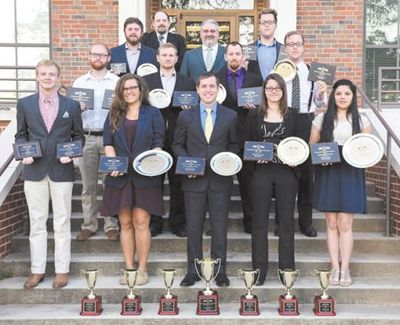 Cody Bijou, a junior communications and political science double major from Crosby, Texas, bested 381 competitors to capture the national championship as the top debater in the varsity division in season-long competition. Cody is a Crosby ISD graduate.

Reagan Dobbs, a junior political science major from Dayton, Texas, was the national champion speaker in varsity debate at the national tournament in a field of 109 competitors.

The IPDA national championship is UAMs second, and the first since the 2007-08 academic year. UAM debaters posted a winning percentage of 71 percent with 79 percent advancing past the preliminary rounds.

Gabrielle Swain of Monticello, a senior communications major, was the season-long novice debate national champion in a field of 493 competitors. In the professional division,