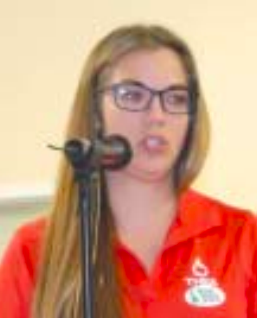 As promised, I want to provide you with updates from the Community Advisory Committee (CAC) meeting that took place on February 12, 2020. The meeting was comprised of various government agencies from our local government to our federal government. The EPA Remedial Project Manager for the Waste Pits Superfund Site provided a presentation that covered post-Imelda repairs, Phase 2 of the Pre-Design Investigation, the Remedial Design approach and schedule, as well as a discussion on vessel traffic north of Interstate 10.

Following Tropical Storm Imelda, surveyors found multiple areas of the temporary cap that needed to be repaired. The repairs were made to the cap but since then, additional needs were discovered along the river bed, just beyond the cap’s edge. These repairs will stabilize the land around the Pit that was eroded during flooding. Repairs will being in March or April so you can expect to see increased on-site activity.

During the Pre-Design Investigation (PDI), the responsible parties’ contractors and the EPA have done their due diligence in gaining a better understanding of the extent of contamination in and around the Pits. During this time, they proved correct the theory many of our residents have – the waste is deeper than the originally thought 12- 14 ft depth. They found a few areas where the waste material is greater than 24 ft deep. This is double the depth originally understood for remediation and has mounted the complexity of full-removal. Once the 30% design package is final within the EPA, they will present the updates and path forward to the community.

At the last community meeting, the EPA took away your concerns about excavation during hurricane season and potential re-use of the crushed concrete from the temporary cap. Excavation is planned for non-peak flood seasons which they’ve determined from looking at the River’s historical flood data. Work will take place year round at the Site but excavation specifically will only take place part of the year in efforts to mitigate potential impacts from Mother Nature. As for the crushed concrete, samples of the material were collected from three areas on the northern impoundment and transported to a lab for analysis. After hearing the community concerns, the EPA required stronger testing measures and a three step testing approach. The results from this should be available this summer.

One of the greatest challenges during remediation will be water entering the site from the water table. Consultants and the EPA are looking at this as part of the treatability study. Water samples were taken from site and filtration approaches are being assessed to treat the water on site. The frac tanks that remain on Site have low levels of water in them and aren’t expected to impact the stability of the Site.

As for the dolphin structures north of Interstate 10 – they are not expected to be repaired for up to two years!

Lastly, barge traffic. Post-Imelda, the US Coast Guard issued a Marine Safety Information Bulletin (MSIB 55-19) for the area that spans from the southern tip of Southwest Shipyard to just north of the northern Waste Pit. This area is now considered a “safety zone” for vessel traffic and places specific restrictions and requirements on the navigable waterway. Vessels are only allowed to travel in this zone from sunrise to sunset and each vessel has to check in with the agency prior to entering the zone and upon leaving the zone.

In all, we had an extremely productive dialogue and meeting. We will discuss these topics further at our April Coalition meeting. Feel free to let me know if you have any questions or concerns.