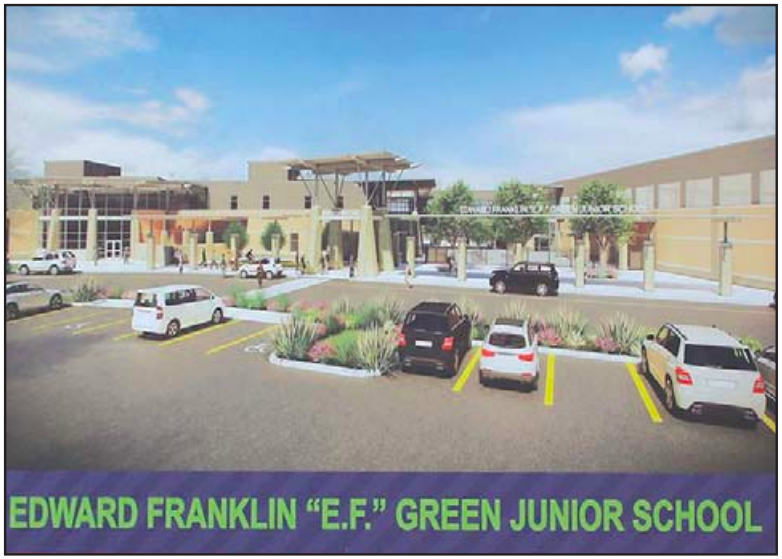 The campus, which opened August 18, 2021, was built to alleviate overcrowding in the district’s junior schools.

Green was the first Black educator to become a district-level administrator. Former principal at Carver High School, he served as deputy superintendent for curriculum and guidance, retiring after 48 years in education.

This campus is one of several new facilities built by funds from the $335 million bond, which was approved by GCCISD taxpayers in 2019. Pfluger Architects designed the facility and Pogue Construction was the general contractor.

Attendees will take part in a ribbon cutting followed by the dedication, which will include a cornerstone ceremony by the Goose Creek Masonic Lodge, Number 1192 and a student-led campus tour.