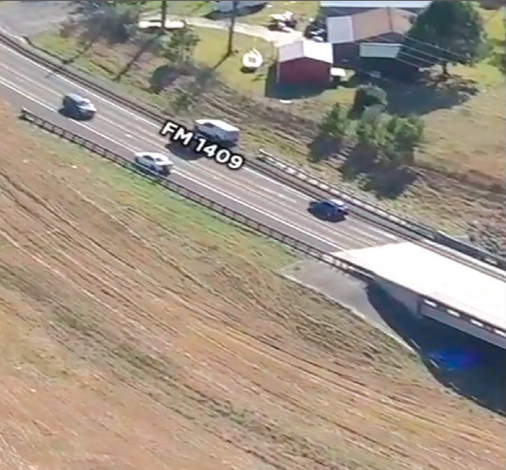 DAYTON — Authorities are investigating a gruesome scene in Liberty County, where a burning vehicle was discovered with two bodies inside.

The vehicle fire was reported to the Liberty County Sheriff’s Office at about 2:30 a.m. Wednesday. The vehicle was underneath the FM 1409 bridge, just south of Dayton Advertisement.

The roadway was temporarily closed to traffic while TxDOT officials checked the structural integrity of the bridge.

According to Captain Billy Knox with the sheriff’s office, one body was found in the back seat of the vehicle, and the second body was located in the trunk. Due to the extreme heat of the fire, it was initially impossible to determine whether the victims are male or female. Investigators spent hours at the scene gathering evidence.

Autopsies have been ordered on the victims. No identification has been made.

Authorities have said they obviously suspect foul play in the deaths. The investigation is ongoing.