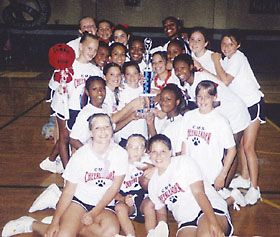 The squad competed against 10 area schools by performing a camp chant and a stunt cheer. For receiving the Top Team Award, the cheerleaders were invited to perform in the halftime show of The Hula Bowl in Hawaii.