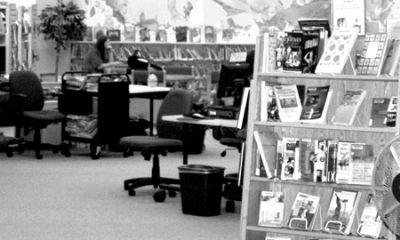 CrosbyToday and Tomorrow, Third in a three-part series.

By DON SPRINGER
CROSBY– When populations go up or down some of those most interested in these changes include the school systems and the post office. Particularly the school systems can be dramatically impacted by swings in populations in a short time period. Crosby ISD, the Crosby Library and the local post office have such an interest in Crosbys growth now and in the future.
To look at this subject the Crosby ISD released a study in late 2006. The area growing in student enrollment but not as dramatically as some expected, said Superintendent Dr. Don Hendrix in a recent interview. Because of the increased businesses along Rt. 2100 a larger impact on our enrollment was expected.
For the school years of 2000-2001 to 2005-2006 the growth in the five schools in the Crosby ISD showed a growth of zero percent (2001-2002) to a high of four percent for the years 2003-2004 and 2004-2005. Year 2006-2007 were not available from the report.
For K-5th grade the study showed a growth of 1,883 students to 2,169 from 2000 to the current year. Sixth to 8th grades showed an increase from 929 to 1,092 and Crosby High School an increase from 1,167 to 1,436 over the same six years. While these increases may not seem dramatic it does show an increase of over 700 students in the local ISD in these years.

Is it a message for things to come? Probably so, as projections were made for all five schools from 2008 to 2015 and they show the student enrollment at all five schools exceeding the practical capacity of classroom space available. The only difference is in that year school enrollment will exceed the practical capacity.
Barrett Primary has a practical capacity of 675 students and can expect an enrollment exceeding that number by 209 in 2015. In that same time period Newport Elementary and Drew Intermediate will exceed their practical capacity by 382 and 335 students respectfully.
Crosby Middle has a practical capacity of 720 currently and can expect an enrollment of 1,151 by 2015. This is an overage of 431 students.
The four-year Crosby High School will also take a hit. It can expect an enrollment of 2,079 students by 2015 and has a design capacity of 1,435.
Changes in all levels will be necessary over the next few years to accommodate these increases. From the year 2000 to 2015 the Crosby school system will have a total enrollment increase of over 3000 students. In 2000 the enrollment from K-12 was 4,000 and in 2005 is expected to top 7,000. Superintendent Hendrix recently announced his retirement. Thus, the new superintendent, his staff and the ISD board will have an immediate challenge to meet these increases.
Diane Barker, Head Librarian at the Crosby Branch Library, provided the Star-Courier with some revealing growth statistics for the local library. For a five-year period, 2002-2006 the Crosby Branch circulation grew from 78,754 books per year to over 109,294. The stats would have been higher for 2006 but we were only opened one day in December, stated Barker. The library was closed from early December to late January for remodeling, rearranging of the collection and the creation of a new adult area. A handsome mural was also added to one interior wall.
Barker said the library has a very supportive community and is pleased to helpwith various needs. The growing childrens programs are important to us and we try to provide a variety of programs and materials to meet their needs and interests.
The largest growth in circulation for recent years at the Crosby library was from 2003-2004 when the circulation rose by approximately 20,000 in that 12-month period. In 2005-2006, the latest statistics available, showed a circulation increase by approximately 5,000. As mentioned earlier this was really an 11-month period due to the December closure.
The Crosby Post Office perhaps has a lesser problem but has been seeing increases over the past few years and will see more in the future. Local Postmistress Gwendolyn Davis told the Star-Courier the delivery area has grown by over 1,300 boxes since 2003, the oldest year she has available. In 2003 the post office had 7,575 boxes and currently is serving 8,876.
The post office has an Operations Program Office in Houston that deals with delivery growth. In areas such as Crosby routes sometimes become too large and additional routes must be established.
This is occurring in Crosby.
As shown in this and earlier articles in this three-part series future growth will continue to impact the post office. Routes will change, perhaps annually, or even more often. However, postal authorities are committed to meet new delivery demands as required and will continue to strive for the best results available.
Postmistress Davis indicated one of the current local post office challenges is the growing pain caused by the loss of long-term seasoned employees and being replaced by new hires or short-service personnel.
No doubt the Crosby growth will continue and local residents will see more changes as Crosby goes from a small town to a large unincorporated area between now and 2015. More and more houses will be built, more and more businesses will take their places along FM 2100 or Hwy. 90 and be sure the costs of buying land and building will continue to escalate.
One real estate representative estimated the building and land costs have gone up by some 25% since the turn of the century.
Crosby the tide of change will continue to impact you. Sit back and enjoy it!