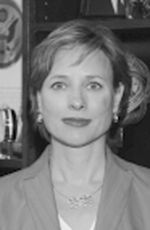 The communities of Highlands and Baytown mourn the passing of Lisa Urban, well known in these towns for her dedication to civic organizations and selfless community service. She was also a member of St. Jude Church in Highlands, with many friends there.
Lisa Hood Urban, 51, passed through this life to be with her eternal Father on Nov. 17, after contracting a rare pneumonia.
Lisa was a wonderful companion and best friend to her husband and confidant Johnny Urban. She was always the doting and loving mother to her two sons, John Paul Urban III and Matthew Urban.
Lisa was preceded in death by her father, M. L. Hood; father-in-law, John Paul Urban, Sr.; and loving sister-in-law, Teresa Urban Mosier.
Lisa is also survived by her parents, Betty Joe and David Boothe; sisters and bothers-in-law, Rita and Greg Singletary and Dee Anne and Chris Navarre; and brother and sister-in-law, Greg and Debbie Boothe. Lisa had a loving relationship with her mother-in-law Fern Urban, her brothers-in-law and their wives, nieces, nephews, great nephews, and great niece.

Lisa was born in Houston, Texas on May 20, 1956. Her family moved to Baytown, Texas in 1965. Lisa attended Baytown schools and quickly became a favorite to many friends. Her warm, sweet smile, quick wit and the ability to share a kind word were her trademarks.
After graduating Ross S. Sterling in 1974, Lisa attended at Lee College. She transferred to Southwest Texas University and then to The University of Texas at Austin. While at Southwest, Lisa met Johnny and a true friendship was formed and cemented in love. This love carried them through their thirty years of marriage.
Lisa and Johnny had a wonderful life together, they were truly blessed. They traveled about the world, laughing and loving along the way. Their mutual respect was evident everyday of their lives together and was truly a partnership made in Heaven. Their partnership was further sealed when they were blessed with the birth of their two sons. Lisa and Johnny reared their boys in a Christian way, passing on their morals that are evident in these young men today. Lisa was a devout Catholic and member of St. Jude Catholic Church in Highlands, giving thanks to God for even the smallest accomplishments in her life.
After graduating from the University of Texas with honors in accounting, she became a C.P.A. and started her career in Houston at a large accounting firm. In the mid 1980s, she came to Baytown, where she started her own accounting firm. Later, along with Mark Mendelovitz and Ed Altemus, they formed the accounting firm of Mendelovitz, Altemus, and Urban, C.P.As. The company later became Mendelovitz Urban, and Associates PC, currently under the management of Lisa and co-owner and longtime partner Debbie Busch. She thought of her employees as family; she truly loved each and everyone of them.
After starting her business Lisa began her community service to Baytown. She served on numerous committees and organizations such as Rotary Club of Baytown as Treasurer, United Way of Baytown, Lakewood Civic Association, Friends of Lee College Foundation board member, the first female chairperson for the Chamber of Commerce of Baytown, co-chairperson for the Regional Urban Design Assistant Team, Chairwomen of Baytowns Long-Range Planning Commission and selected Citizen of the Year in 1996 for her tireless efforts.
Lisa was diagnosed in January 2006 with Adenocarcinoma Lung Cancer. She never smoked and was never subjected to second hand smoke. Lisa and Johnny began their quest to learn as much about this cancer as possible. Their research led her to The Cancer Treatment Centers of America in Tulsa, Oklahoma, where her doctors and nurses grew to love her quickly. She was given the best care available and was conquering the cancer when she contracted pneumonia. Lisa was amazing throughout her illness, never complaining. Lisa was a staunch believer in education. After she was diagnosed with cancer she expressed her desire to set up an endowment with the University of Texas. As was Lisas fashion, this goal was met this past year.
Her family received friends Nov. 19, from 5 until 9 p.m. with a rosary at 7:30 p.m. at Navarre Funeral Home. A funeral Mass was Nov. 20, at 3 p.m. at St John Catholic Church, 800 W. Baker Rd, Baytown, Texas 77521 with Rev. John Zebelskas officiating. Following the mass all family and friends were invited to attend a celebration of Lisas life at the Goose Creek Country Club, 5000 Country Club Dr., Baytown, Texas 77521. At Lisas request her body will be cremated afterwards.
Pallbearers were Charles Cha Cha Conder, Tim Dodson, Dan Peters, Frank Williams, Calvin Mundinger and Ron Thompson. Honorary pallbearers will be Sherman Glass and Keith Fulton.
Lisas family would like to thank all of their friends and family who have been through this journey with them. Lisa loved all of you and cherished your friendships.
Because of Lisas belief in higher education, contributions may be made in lieu of flowers in her memory to the Lee College Foundation, Attn: Robert Wright, P. O. Box 818, Baytown, Texas 77522-0818.