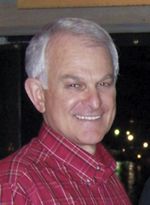 By BOBBY HORN JR.
HIGHLANDS– Weston Cotten, who has served over a decade on the Goose Creek CISD Board of Trustees, will seek another term of office
Noami Garcia, who handles election services for the district, said that Cotten filed for a spot on the ballot on Monday. Cotten, who represents District 3, has served on the school board since 1990 when the district moved from at-large representation to single member districts.
District 3 is comprised of Highlands and adjacent areas.
We still have a lot of things that have to be done, Cotten said of his reason to seek another term. I have a vested interest in the district and I want it to be the best it can be. Cottens experience with the district comes from both a parent and a former teacher. Now an attorney, Cotten taught government, economics and sociology for Goose Creek. His wife was also a teacher for the district.
Cotten said that the single biggest issue facing the district is improving the standardized test scores. He said that there needs to be uniformity between schools as the district adjusts to changes in population.
Construction issues will also continue to face the district. While there is no date set yet, Cotten said that another elementary campus is in the districts future as well as an updated demographic survey.
Candidate filing for the May 10 Goose Creek CISD Board of Trustees election began Feb. 11, at the GCCISD Administration Building, 4544 Interstate 10 East.
Other positions that will be up for election include District 6, currently held by Robert Hoskins; and District 7, currently held by Steve Fischer.
Trustees serve in staggered three-year terms.
Those interested in filing may do so through March 10.
In addition to filing in person at the Administration Building, prospective candidates may visit the web site of the Secretary of States office at www.sos.state.tx.us.
Early voting will be held April 28 through May 6.
For more information, call the GCCISD Superintendents Office at 281-420-4800.