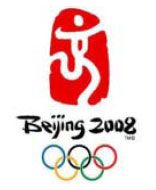 Im certain you have all heard the travel expression, My parents went to Disney World (or some exotic destination) and all I got was this lousy t-shirt. Such is my dilemma. My son is visiting China for the Olympics and Im sitting here writing this column. Whats wrong with that picture?

Thats right, while I write this our David Brent from Crosbys Newport is vacationing in Beijing, China, taking in all the sights and Olympic events he can handlefrom both exhaustion and financial points of view. Reports we have received via email is he and his companions are having a ball. They attended the Opening Ceremonies, have visited the Great Wall of China and the Forbidden City, went sight seeing in much of Beijing and have seen many of the Olympic events.

I say he is visiting China but if things work out as the schedule predicts he should be arriving back in Newport Monday afternoon, August 18, the day I am writing this column. He and his companions spent about ten days there, saw all of the Olympic events they cared to and then boarded a flight back to Houston. From my point of view, Dave had a once in a lifetime experience. Spending several days at the Olympics would be one great event I would like to do and then being able to do so in far off China just adds to the experience and pleasure.

One of his traveling companions, Audrey, was on a working assignment as well as some vacation days. She had her lap top computer with her so we heard from her more than Dave. Since Audreys job is travel I figured this would be another trip to China for her but she tells me this was a first for her as well. More power to them! Linda and I have had many opportunities to travel, including one roundthe- world trip, but we never visited China. Hong Kong was as close as we got.

Both Dave and Audrey commented on the smog and the wearing of masks. I know they went over with masks in hand but I have no idea if they wore them at all. In an early e-mail Dave said he is reminded of Houston with sand. At this time of year Houston has stifling humidity, and 90-degree temperatures. He said that is Beijing now but add continuous blowing fine sand from the Gobi Desert.

About the smog, Audrey writes, The air is not as bad as the news would have you think. It is more dirt than pollution. We are walking in humid dust rather than a chemical odor. About all you can do is cover your mouth when walking up wind in the early morning and take a couple of showers a day.

One of them also advised us that Audrey had a birthday while in China and they celebrated in style. Incidentally, as a travel employee Audrey lives in Houston about six months each year and six months in London.

They also shared another bit of information about the Olympic events that surprised me. Even though most of the events are sell-outs they are taking place to very low audiences. Apparently a lot of people bought tickets and then arent showing. They indicated in many events there are about ten vacant seats for every one filled. There are some exceptions, such as swimming and gymnastics. I would expect the field and track events to be much the same. The news in the U.S. is that scalpers have bought large blocks of tickets and have been unable to sell them — thus the empty seats.

Even so, they have been able to secure tickets for anything they want to attend, including the above named events. By email Audrey suggested watching the TV background and look for the yellow or red shirts. The yellow shirts are volunteers attending to fill up chairs and the red shirts are Olympic people filling other seats.

The duo has commented on the food as well. I did a column a few weeks ago on the menu that included dog meat, dung beetles and a number of rather odd sea creatures. They have found their way around most of that. They do better in the finer restaurants and staying away from street vendors. It seems every place they go they are accompanied by a guide and security. They have said little about security except it is tight. To my knowledge they have not been prevented from going anywhere they have chosen but always with their guide.

They speak highly of their guide, a female who has been quite helpful to them. She is also quite curious about life in the United States and Great Britain.

Transportation seems to be very good there according to what I glean from their emails. One e-mail said there is still a lot of walking. If needed, you can take your pick of several different types of transportation. Just be in track shoes once you get there. The Forbidden City seemed to go on forever, and you have to walk it all, concluded Audrey. Next time I come Im bringing one of those canes that makes a chair.

Their homebound families are glad they are having a good time and seeing a part of the world relatively few ever see. Im expecting to see a host of photos when they return. I also hope they dont bring me a lousy t-shirt.