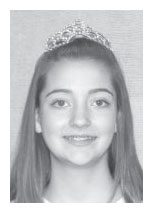 HIGHLANDS, CROSBY  Opening Day, this Saturday, the boys and girls of Spring take the fields to enjoy the sports of baseball, and softball.

The Crosby Sports Association begins ceremonies at 9:00 a.m. with the first pitch at 10:00 a.m. March 28 at 6800 Miller-Wilson, Harris County Sports Complex. There will be barbecue available at the full concessions. Games begin at Noon.

Highlands Sports Association is to have their Opening Day on April 4 will full concessions at the Harris County Park beside the Highlands Junior School on Wallisville at 10:00 a.m.

Crosby Sports Association is holding their parade on April 4 at 10:00 a.m. beginning at Crosby High School, North on First Street to Kernohan, West, then turning again at FM 2100 and returning South to Crosby High School. Concluding the parade, players and family then should return to the fields at 6800 Miller-Wilson for a Fun Day and Picture Taking day. Barbecue will be sold on Opening Day, March 28 and on April 4 Fun Day  Picture Day. Crosby made the move to explore relieving the traffic problems that had grown when having both Picture Taking Day and Opening day at the same park at the same time. And to give kids a change to experience having fun outside of baseball and softball together.

Highlands and Crosby both salute the volunteers that made these events possible and remember, Any kid would rather be stealing second base.