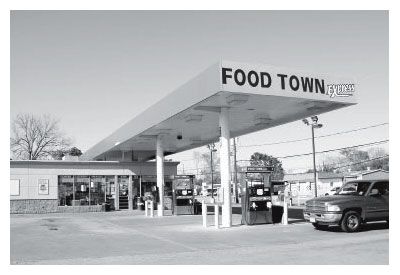 HIGHLANDS  Customers of the Foodtown gas station on Main Street in Highlands will have to find a new source for fuel after this week, according to management.

After more than 9 years serving the Highlands community, Foodtown said that it was no longer economically possible to continue operation in the fuel business. In addition, the convenience store connected to the fuel pumps will close.

Gerlands Foodtown owner Kevin Doers told the Star-Courier that it would be too expensive to bring the station and its pumps and equipment up to new environmental standards that did not exist when the station opened. The company is also closing the gas station at Foodtown on Uvalde, he said.

In Highlands, the space occupied by the station will be converted to much needed parking to serve the main grocery store, Doers said. Of all the 15 stores in the Gerlands chain, sales at the Highlands store is growing at the fastest rate, and the additional parking will help this.

Store manager Raymond Gonzalez was credited with this growth by Doers, who admitted that Gonzalez is a Highlands fixture. Its almost as is Raymond was there first, and the store was built around him, joked Doers. He said the gas station manager, Gary Raska, will remain with the organization at another location. Gerlands Foodtown chain is growing, and plans to open a new store soon in the Webster area.