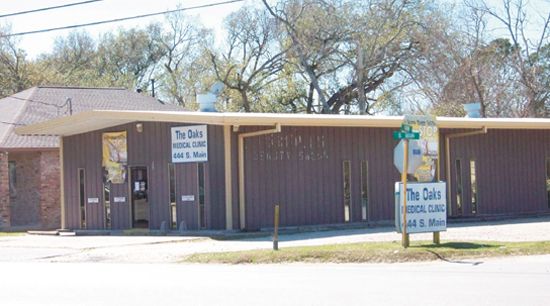 The board ordered the four clinics to discontinue operating as pain clinics until further notice.
Texas Medical Board Spokesperson Leigh Hopper said that on Aug. 20, 2010 the Board issued four pain management clinic certificates to Dr. Akili Graham, who claimed to be the owner and operator of the clinics.
On January 6, 2011, during an investigation of prescribing habits at the clinic, board staff obtained information that the clinics were not owned by Graham or any other physician, a violation of state law, Hopper said.
The investigation, she said, revealed that Danny A. Muhammed owns The Oaks Medical Clinic and the Imed Clinic. Durce Muhammed owns the Preferred Medical Clinic and Tamu Muhammad owns the UMAT Clinic.
Danny Muhammad, 40, also served as a Houston Police Department officer since 1997. A department spokesperson confirmed that he was suspended with pay in December after the U.S. Drug Enforcement Administration and Harris County District Attorneys office initiated an investigation. His current status with the department is relieved of duty.
Danny Muhammed, also known as Bro. Danny Muhammed, also serves as Life Skills Coach for Resurrection Zone, a personal development provider in Houston.
According to their website The Resurrection Zone is a program that was created to help those who need a second chance in life for whatever reason.
The website states that Danny holds a Bachelor of Science degree in criminal justice and has also served as a probation officer in Fort Bend and Harris County.
Durce Muhammed is listed as a Manhood Trainer/ WorkSkills Coach with Resurrection Zone. The RZ website also lists an affiliation with Graham.
A new state law went into effect Sept. 1, 2010 requiring registration and issuance of pain management clinic certificates.
The law was created to curtail so-called pill mills or clinics that use off-site doctors who write blank prescriptions to the clinics, which are then resold to the public.
Under the new law, a physician/medical director must own the pain clinic and works on-site at least a third of operating hours. Physicians and clinic employees must pass criminal background checks and have no prior disciplinary action or DEA license restrictions.
The DEA would not comment on whether they are investigating the four clinics as possible pill mills.