Huberty voted “Rookie of the Year” in Texas Legislature 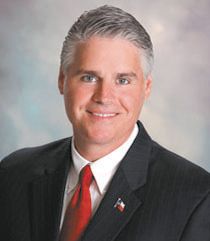 Austin, TXJune 16, 2011This week, State Representative Dan Huberty was named Rookie of the Year by Texas Monthly. The announcement was made along with the biennial list of 10 Best and 10 Worst Legislators by writer Paul Burka.
After the initial announcement, Texas Monthly gave reasonsfor their selections. Hubertys title was included in the Special Awardssection. Burka had the following to say about the freshman member, If there were such elections, he would have won freshman class president by a land slide.
The former president of the Humble ISD, Dan Huberty is self-assured,diligent, and willing and able to tackle tough issues. In a session fraughtwith partisanship, he made a point of working across the aisle, joining forces with Democrat René Oliveira to co-author a school exemption amendment to thedivisive sanctuary cities bill.

Huberty gives veteran members hope that somedaythe era of Washington-style partisan gridlock in the Texas House will come toan end. Upon learning about the title, Huberty said, I am honored to have earned this title a midst such a large and talented pool of Freshmen, along with the respect of the my fellow members, the Capitol community and the media during this difficult legislative session. This has been a great experience for myself and my family and I am grateful that this body was ableto accomplish many of the goals I set for our district before the 82nd Session began. He continued by saying, Now that we are in Special Session attempting to tackle the tough issues for the State of Texas, I hope we can continue to work together as a body to achieve these new goals.