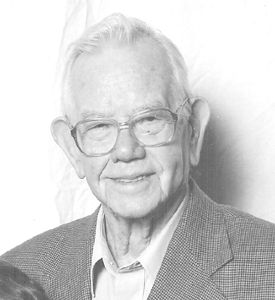 
HIGHLANDS Jim Brazzil loved writing, newspapers, Highlands, and life. Brazzil passed away early Tuesday morning, leaving a legacy of friends, family, and community service that influenced many lives and careers.
Brazzil is best known as the founder with his brother-in-law Alton Neatherlin, of the Highlands Star newspaper. Attracted to Highlands by the charm of the small town, the friendliness of the Rotary Club, and the need for a newspaper, starting in 1955, they served the community for 20 years, until Jim retired and Alton continued the paper which is today the Star-Courier under present owner Gilbert Hoffman.
During his tenure, the Star won 35 awards of excellence from the Texas Press Association. Brazzil wrote three books after his retirement, about his early life in Coryell County, and his years as a newspaperman.
In 2007 he was honored by the community with the Terry Davis Award for Outstanding Community Service.

Brazzil was known for his kindness and concern for others, and indeed even after many years he continued to express interest and praise on the present-day Star-Courier.
A complete obituary for James Wilson Brazzil is on page 6 of this newspaper.