Al Pyle of Highlands dead at 85 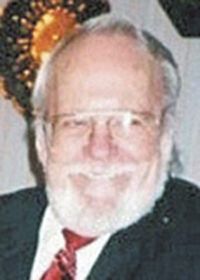 A well-known former Highlands citizen passed away recently, leaving behind a legacy of service and a love for music.
Albert Pyle was born Sept. 21, 1921 in Kansas City, Missouri and passed away July 25 in Georgetown, Texas, but spent many of the years in between as a Highlands resident.
Pyle was a drummer with a love for Dixieland Jazz music, and played for much of his life, until age 85.
Pyle was an active member of the Masonic Order for more than 65 years, including membership in the Scottish Rite. Pyle was also a longtime Shriner, serving as the leader of the Shrine Band.
Pyle was also known for his dedication to the community, and was a president of the Highlands Chamber of Commerce.
Pyle was preceded in death by two siblings, Bill Pyle and Elvie Williams. He is survived by his spouse, Lou Ellen Pyle, as well as his children, Dixie Tolbert, Cheryl Ivy, and Roxy Mize. He leaves behind also eight grand-children and 10 great-grandchildren.
A funeral for Pyle was held on Saturday, July 30, at Forest Park Lawndale Funeral Home in Houston.