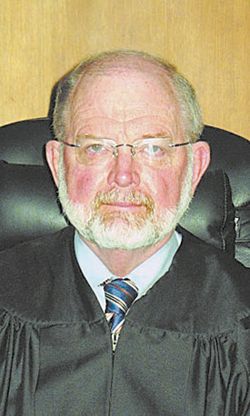 A fixture in the Chambers County legal system plans to tap his gavel for the last time, as 344th District Court Judge Carroll Wilborn, 65, has announced he will not seek re-election to his bench.
Wilborn made his announcement during a Commissioners Court meeting on July 26.
Throughout the years, Wilborn has held numerous posts within Chambers County. Originating as an assistant county attorney, he was also the assistant district attorney before becoming the county’s district attorney, an office he held from 1977 to 1983. He has held his current position from then until now.
Wilborn also served more than 12 years on the Texas Department of Criminal Justice’s Judicial Advisory Council, as the Governor’s chairman on the state’s Criminal Procedure Revision Committee and as chairman of the Criminal Law section of the Texas State Bar.
Wilborn will serve until the end of 2010, which is the end of his seventh four-year term.
For more information on Judge Wilborn and the 344th District Court, visit www.co.chambers.tx.us.