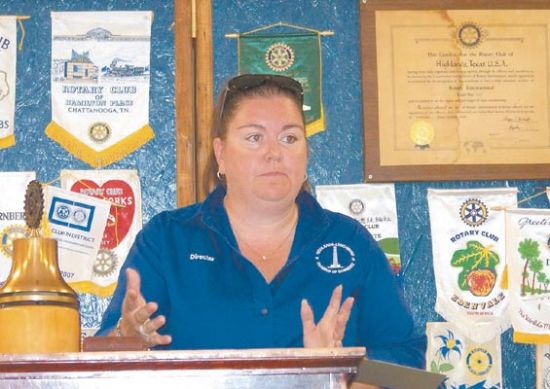 HIGHLANDS 56 Years ago, the first Jamboree was held on Main Street in Highlands, celebrating the opening of the new Highlands State Bank, and in many ways the coming of age of the community. Thousands attended, welcoming the bank and the awakening of this town.

After skipping a year, Highlands has held their Jamboree celebration every year since. It currently is a function of the Greater Highlands Lynchburg Chamber of Commerce, with proceeds benefitting their projects during the year.

Almost everyone in town participates in one way or another, and there are plenty of events to partake. The theme of the Jamboree this year is HIGHLANDS — A HIDDEN TREASURE and floats and booths are asked to carry out a pirate theme.

Events include a Fun Run/Walk starting at 7 am at the Community Center; a Parade at 10 am on Main Street; then at the Elementary School Crafts Booths, Car Show, BBQ, Childrens Pageant, Silent Auction, and Entertainment of various sorts by local groups.

Prizes will be awarded for best parade floats, and best crafts booths. In addition, the Car Show, with exhibits from local enthusiasts, will make awards too. Ellard Lambert will show several of his restored autos, always a treat.