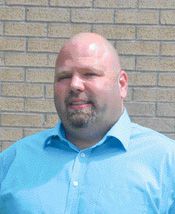 Greg Bower from Corsicana ISD is the new principal of Crosby High School for the 2012-2013 school year.

During his first teaching experience, Mr. Bower taught English and history in Scurry-Rosser ISD. At Sam Houston Middle School in Garland, Texas, he gained experience as a middle school English and history teacher and English department chair. During his tenure at South Garland High School, Mr. Bower served as an English instructor and as an English TAKS coordinator. At Corsicana High School Mr. Bower served as Assistant Principal, Associate Principal and three years as the Principal.

Under his leadership at Corsicana High School, the school earned Recognized Status with the state and also met Adequate Yearly Progress (AYP) federal requirements for the first and only time in the schools history.

Principal Bower has earned many awards and recognitions in the educational field. As a teacher at Sam Houston Middle School, Mr. Bower was named the Newcomer of the Year, and in his second year was honored as the Teacher of the Year. Mr. Bower was also named

Mr. Bower’s wife of 18 years is Melissa, and he has one child, a seven-year-old boy named Dakota Zane. Crosby ISD welcomes Greg and his family to the district and the Crosby community, and looks forward with great anticipation to another great year at Crosby High School.