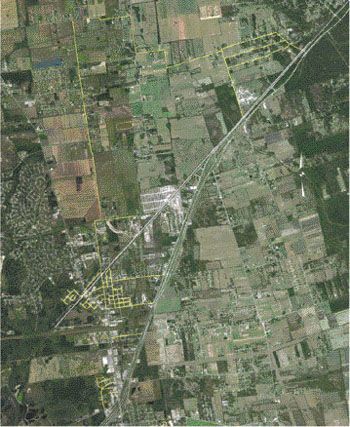 PASADENA  Precinct 2 Commissioner Jack Morman announced that he was commencing an initiative called BetterStreets2Neighborhoods in the Nelson Subdivision already with a major effort to begin on August 27 and plans to rebuild South Diamondhead in Newport Subdivision beginning March of 2013.

This new road rebuilding effort is an attempt to fix roads decimated by last years drought and/or some that have not been refitted with asphalt in the last 20 years or so.

The Precinct Commissioner said, “We know the these resurfacing projects will be an inconvenience during the short-term. In the long-term, you will have better streets for the future.”

Obviously, these county road fixing efforts will run concurrent with the construction of the overpass of FM 2100 at the railroad tracks, that is to conclude in late Summer of 2013.

Much speculation has been offered as to why the resurfacing and subsurface rebuilding efforts had to be concurrent with the overpass construction.

“We want to protect the taxpayers investment in our infrastructure by maintaining what we have before we lose it. I am dedicated to providing improved street maintenance service throughout Precinct 2. You might see our contractors in your neighborhood. We anticipate only being there 45-60 days.

“We know this will be an inconvenience during the short term, but bear with us; in the long term, you will have better streets for the future which will ultimately lead to a safer and happier driving experience. For more information, please call the Precinct 2 Maintenance Camp (6702 Miller Wilson Road/1st Street, Crosby and speak to Alton Chisholm at 281-456-7188. Thank you for your patience and understanding.”

The Old Crosby or Nelson Subdivision was to have begun in July and some has begun but the major work will begin on August 27. The cost of that resurfacing is to run $2 M.

The rebuilding of South Diamondhead in Newport is to begin March of 2013 and in itself is to cost $2 M. Residents should begin to think of how to avoid construction with South Diamondhead and FM 2100 as the overpass will be nearing completion in the Summer of next year. There are two other exits from Newport.

According to Precinct 2 Community representative Dawn Harris, “The project start date is August 27th. However, they may start earlier on a few intersections suggested by the Crosby ISD Transportation Department. That may or may not be, on or around August 20th.”