All Bond referendums pass; higher taxes for everyone 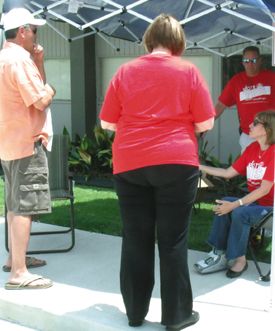 Northeast Harris County The only bond initiative or sales tax increase to fail in the Greater Houston Area was Lone Star College. All questions of local tax increases were passed affirmative, mostly to their maximum.

So, taxes in Goose Creek Consolidated ISD, Crosby ISD, and surrounding areas will be increasing. The HCESD#4 for the Huffman Volunteer Fire Dept. obtained a 1% increase bringing the sales tax to the maximum 8.25% per dollar purchase. Lee College got a tiny bond for renovations that adds up to 1.75¢ per 100 valuation.

The Crosby ISD Bond for $86.5 M passed with 777 for votes to 687 against, unofficially, the official vote awaiting the canvasing of votes at the Crosby ISD Board of Trustees meeting on Monday, May 20. So a new Crosby High School will begin building in 2016 behind the Wal-Mart, new stacking drives will be added to Barrett Primary and Newport Elementary and a bunch of renovations will begin.

According to Dr. Keith Moore of Crosby ISD, This is an exciting day for the students and staff of Crosby schools, for our schools, for our school system and for our community. I do not take lightly the trust that our community expressed by the outcome of this election. It is now up to me, my staff and the CISD Board to work diligently through this construction process to maintain this trust. Our community has expressed their desire and commitment to have top quality schools and we will work diligently to provide a superior academic program, top quality extracurricular opportunities, and safe and secure facilities. Tradition, with a future!

Goose Creek Proposition 1 had 1,857 votes for and 758 against the $177.6 M bond. The second proposition had 1,855 for votes and 748 votes against the $89 M renovation and security improvement initiative. The second proposition had two less votes for it and 10 less votes against it. A $100,000 home will see increases of about $97.80 per year for renovations of three high schools, three new buildings including an expensive technical center and a modest transportation center.

Lee College had an overwhelming 72% approval within Goose Creek CISD for a $40 M bond to renovate and upgrade facilities, a working training center, some infrastructure and remodeling. Some 2, 565 votes were cast on the bond, 1,865 or 72.7% were in favor and 700 were against or 27.29% against. The Regents at Lee College had decreased the tax by one cent last year so the real increase will be about .75 of one cent per $100 valuation.

HCESD#4 the representatives for the citizens of Huffman for Harris County overseeing the Huffman Volunteer Fire Dept. obtained at vote for a sale tax increase with 21 votes for the proposal and 14 against. Two voters went into the booth at the Huffman Volunteer Fire Department and did not vote either way. The Board will meet to approve the vote and canvas ballots on May 20 at 6:30 p.m. Questions are directed to Amber Jackson at 281-797-5732.