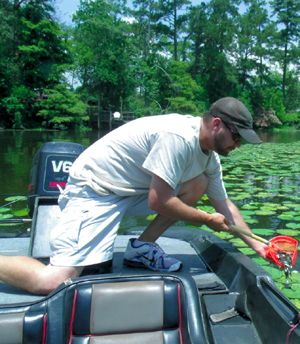 Lake Houston is 1/4 of the City of Houstons drinking water source. With the plant restoration project underway and restocking of bass it is believed Lake Houston will become a cleaner water source for the people of Houston.

Volunteers with 10 to 15 boats distributed the fish around the lake at 103 Page Lane Huffman, Texas 7736.

Jason Miller and others restocked in at least three locations during their efforts.