Grand Texas Theme Park to be developed on US59 north 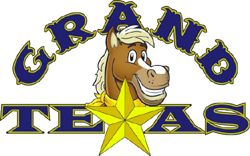 NORTHEAST  Developers are hard at work on two separate projects in the New Caney area, north of Humble on US59. The latest project to be announced is a theme park named Grand Texas. The Developers announced last week that they had purchased a 600 acre tract of land at the corner of US59 and Highway 242.

Principal of the developer group is Monty Galland, and operator of the park will be Chuck Hendrix of Innovative Leisure Partners. Hendrix was previously an executive with Six Flags who managed AstroWorld in the period before it was closed and torn down. He is said to be a well respected and experienced manager in the amusement park business nationally, and adds credence to the proposal and the development team.

Envisioned for the new park is a Texas- themed park with amusement rides, a water park, an equestrian center, retail shopping and parking, amphitheater, paintball arena, and an RV resort.

When completed in 2015, it is expected that it will create 300 to 400 permanent jobs, and attract up to a million tourists and visitors to the parks. Although no construction or land figures were released, industry experts say that it will cost upwards of $120 million for the park, and another $95 million for ancillary features such as hotels, restaurants, retail, and parking. Others in the industry have said that it may take as much as $400 million to build a first class facility equivalent to theme parks in other parts of the country.

This is the second proposal for a theme park and public development in the East Montgomery County area. Last year a development named Earth Quest was announced, to be a major dinosaur-themed science park, with an adjacent amusement park, and research center. This project has received State of Texas Enterprise Fund backing, and also local funding from sales tax revenue bonds.