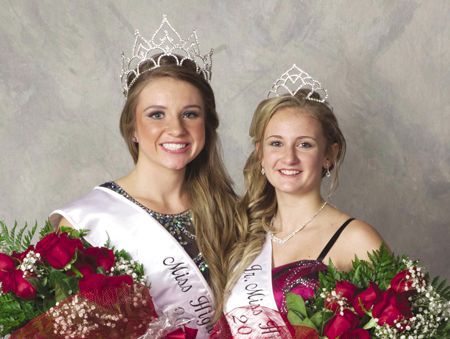 HIGHLANDS  The 57th Annual Miss Highlands Pageant was held last Saturday, with ten girls competing for the top title, and another ten competing for the junior honors. Two competitions were held, at 2 and 7 pm at the Highlands Junior School auditorium, with a full crowd in the audience hoping their favorite would take away the title.

This year the theme was Salute to the Armed Forces with decorations on that theme, and a donation bin to benefit the USO.

Proceeds from the pageant are used by the Horizons for scholarships, and to help needy families in the community. In 2013 the organization was able to award 12 scholarships to deserving graduates.

An additional award, the Jennie Robbins Community Service Award, was given to Katlyn Burns for community mindedness and dedicating her time to serve and help others. Presented by Kathryn Robbins-Dunlop.