CROSBY  A free speech controversy arose on Inauguration Day in the form of teachers expressions of ideology on t-shirts.

On Jan. 20, the day Donald J. Trump was inaugurated as the President of the United States, some teachers wore T-shirts that said, Make America Great Again.

They were asked by principals to go home and change the t-shirts.

According to Dr. Keith Moore Superintendent of Crosby ISD a few teachers were asked to go home and change their shirts, they complied and continued to work.

Before the day, Dr. Keith Moore had made the following statements to principals in Crosby ISD, Please note, I do not want our campuses to ever become a political platform. I am respectful of everyones opinion and who they do or do not support. But politics has become too divisive and visibly expressing those opinions, particularly on clothing does no good in educating our children. Conversely, its main affect is to divide our staff, parents and even students. I know that people get excited about their candidates, I do too. But our Priority is educating all of our children. Therefore, please ensure that we do not have political signs, clothing etc. on our campuses. This includes slogans associated with various politicians.

I also believe it is okay to watch this and all inaugurations as long as we do so in a neutral manner. 

Some parties that wish to remain unanimous had stated that 8 years ago Obama supporters were allowed to wear Hope and Change Tee-shirts. And ay that many teachers did not return to work that day.

Dr. Moore disagrees with that statement. I recall always having the same stance regardless of party affiliation.

END_OF_DOCUMENT_TOKEN_TO_BE_REPLACED 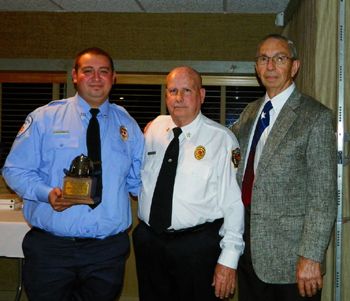 Named to the top award as Firefighter of the Year by popular vote of the firemen, was Firefighter Ruben Lopez, Jr. The award was presented by Jim Strouhal, president of the ESD#14 board.

Chief Little also reviewed the department accomplishments and history of service calls for 2016. Some remodeling in Station 17 was accomplished, and construction started on Station 27 on E. Wallisville Road in March.

Chief Little reported on accomplishments in the training of new members, and training and certification of existing firefighters. Currently 21 members have a SFFMA certificate.

The Chief also reported on EMS accomplishments for 2016. There were 227 major trauma calls, including heart attacks and strokes. The department success rate was 55% in getting a return to circulation enroute to the hospital. This department now has 22 part time paid crew. One ambulance is manned 24 hours, 7 days a week, every day of the year. The other ambulance runs at Peak Hours, 8 am to 6 pm. Response time averages 6 minutes.

Chief Little reviewed the history of the department for 2016. He noted that there were 2553 calls for service, compared with last years 2489. 1870 EMS calls of which 941 required transport to a hospital, and 738 fire responses, about the same as last year. Life Flight was called 25 times, compared with 20 last year. The department responded to 188 Motor Vehicle Accidents.

Service Awards were presented to members of the department. Other awards presented by Chief Little included Citizen of the Year, to Leslie Selph, and Business of the Year, to David Sellers Full Service Auto Repair.

END_OF_DOCUMENT_TOKEN_TO_BE_REPLACED

Tractor Supply to open in Crosby 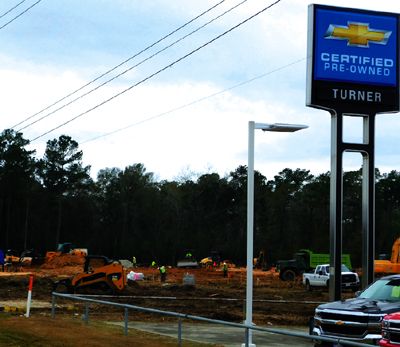 CROSBY  The continued growth of this area has another example in retail outlets in addition to the announcement that a Wendys Restaurant is opening laterTractor Supply is moving in next to Turner Chevrolet on Gulf Pump Road.

According to a Tractor Supply Spokesperson, the tentative date of the opening is May 6, 2017. Tractor Supply has a unique mix of product offerings, which in addition to farm products and hardware, also includes pet food and supplies and clothing items for the entire family.

To answer what was their company like, the spokesperson answered, In addition to providing a wide array of goods, events are held regularly at the store and in the parking lot, with everything from bake sales to car washes to animal flee dips. Tractor Supply Company works with several organizations including area 4-H clubs, FFA, local animal shelters and scout groups for fundraisers and other events. 

END_OF_DOCUMENT_TOKEN_TO_BE_REPLACED 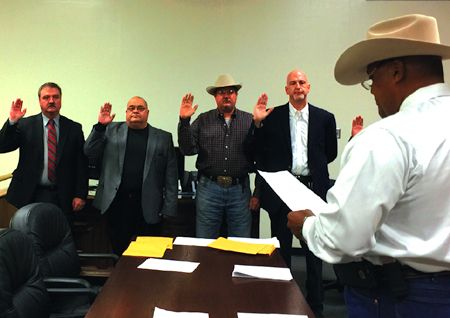 CROSBY  Sherman Eagleton took the oath of office on Jan. 1 for Constable of Precinct 3 at Crosby High School, he swore in a new staff that day.

I want to thank the voters for electing me Precinct 3 Constable. Even though the door may say Sherman Eagleton Precinct 3 Constable, I want them to know that the office is theirs and I will run it as a trust from them to be run for them for the next four years. I am looking forward to working for them. said Eagleton afterwards.

This is the first time that supervisors in this Constables precinct have been appointed by test scores.

All my command staff have a minimum of a masters degree and my Chief Deputy has a doctorate.