Tough Enough to Wear Pink awarded $130,000 to Pink Heals Foundation Houston Methodist Baytown Cancer Center and $42,000 to Houston Candlelighters from funds raised from Bras for the Cause held last February at last Saturday’s event filled Crosby Fair & Rodeo. Tough Enough to Wear Pink is a Committee of Crosby Fair & Rodeo dedicated to helping those fighting cancer in the surrounding community. The Pink Heals is a national foundation active in many cancer centers devoted to helping cancer fighters handle the day to day struggles.

END_OF_DOCUMENT_TOKEN_TO_BE_REPLACED

CROSBY – Superintendent Scott Davis has visited multiple civic organizations over the last month communicating the state of the school and his vision for where the school district ventures from here.

Davis will be first to say that Crosby ISD isn’t completely recovered from the financial emergency in which he had to lay off teachers in midyear but the “worst is over and now we can begin to move forward.”

By now many have figured out that the 2017 – $109 .5 Million bond might be called the C.Y.A. bond in that the driving factor behind it was that cost overruns and change-orders had made the 2013 bond for $86.5 Million short about $16.5 Million in Covering Yon Assets, about $6 Million more than it could receive with no reserves to cover the shortfall. Back then, the district had allowed about $10.9 Million to cover past overruns from the newer bond.

Davis’s voice reflected the stress of the financial emergency that has now been attended. He expressed regret that it was necessary to make Pre-K a half day.

In the 2017 Bond, the old administration building was to be made into a school for kids with disciplinary problems, so that they would not have to be moved out of the district. So it was said, then it would be noted that the expense would be prohibitive and the funds applied elsewhere.

END_OF_DOCUMENT_TOKEN_TO_BE_REPLACED 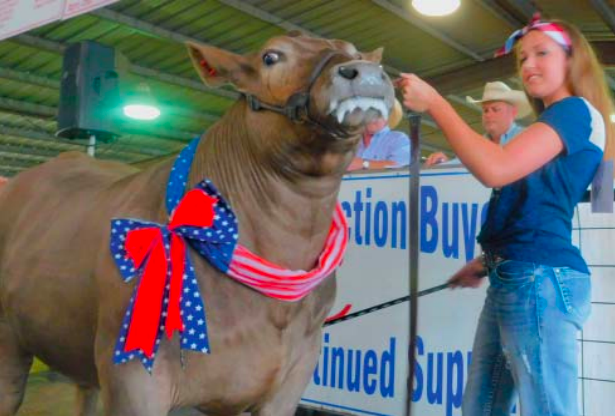 Abigale Brady shows the Grand Champion Steer that was bought by Angel Brothers of Baytown for $19,500 at the Livestock Auction last Wednesday. (Star-Courier photo/Spearman)

END_OF_DOCUMENT_TOKEN_TO_BE_REPLACED 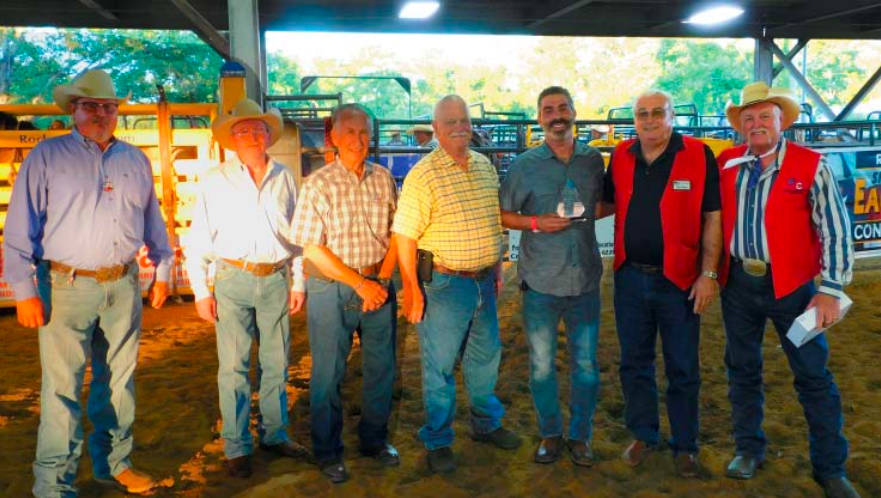 Eastside Veterans’ Celebration awarded the Community Recognition Award to Charlie Dahu of Hungry Jacks in appreciation for his constant efforts to help out the community where it needs it and supporting the First Responders.