Raising funds to build a memorial in Crosby Park or wherever they can get the public land and host a celebration of veterans on Veteran’s Day, the Eastside Veterans’ Celebration hosted a car show last Saturday, July 13 at the Crosby American Legion Post 658. Out front as President Bob Ward, Karen Foster and Betty Michelsky in the far background are the fundraiser pigs Freedom and Justice with entertainer, Eddie Foster. The top twenty show vehicles received trophies for their participation and there was a Best of Show and Judge’s Choice Award along with a 50/50 jackpot won by lucky Mrs. Betty Michelsky. The Eastside Veterans also host a trip to Coushatta Casino Resort in Kender, LA. each month. The Eastside Veterans’ Celebration has a website and a facebook page that interested locals can follow. 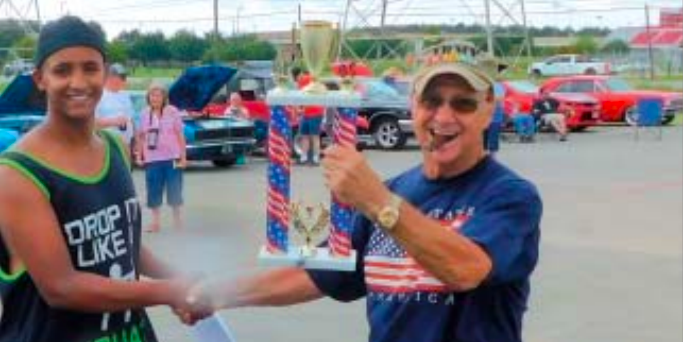 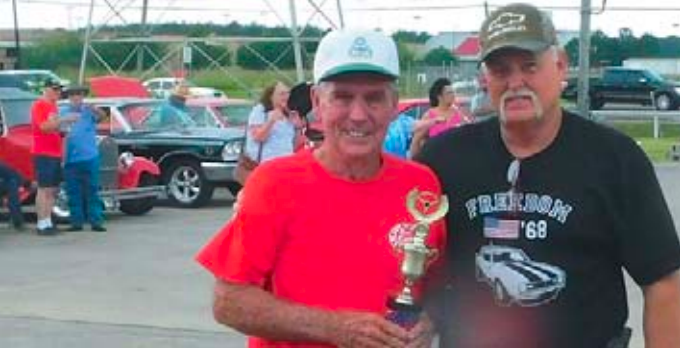 END_OF_DOCUMENT_TOKEN_TO_BE_REPLACED

CROSBY – It took over a year to get Human Trafficking charges confirmed against three local suspects in Montgomery County although three young women had been liberated almost immediately once the investigation began by a special task force.

Harris County Precinct 3 Constable Sherman Eagleton is making every effort to find and liberate victims of human trafficking locally. Constable’s Deputy Johnson was the lead deputy to investigate what would become a case that continues to grow as he was instrumental in finding two of the women in Crosby and pointed to another in Fort Bend County that was rescued by the Fort Bend County Sheriff’s Office.

END_OF_DOCUMENT_TOKEN_TO_BE_REPLACED

CROSBY – A local Chevrolet dealership has established itself as one that believes in giving back to the community in a way that benefits the community at large.

It began with a simple concept from the local family owner, Robert Turner: “Our People Make the Difference.” Robert Turner made his home in Dallas, owner/operating a couple of dealerships before purchasing John Keating Chevrolet in Crosby. He knew he needed an involved sales manager and when one of the leading applicants had an e-mail address listed as crosbychevyman@aol.com, he figured that was a good clue. The dealership at the corner of FM 2100 and US 90 established themselves as being far better than their predecessor at getting involved with the community and local people. Mr. Turner made a diligent search for the right people to run this dealership and made their motto, “Our People Make the Difference.”

END_OF_DOCUMENT_TOKEN_TO_BE_REPLACED

DEER PARK, TX – U.S. Congressman Brian Babin (TX-36) released the following statement after visiting Liberty County Sheriff’s Deputy Richard E. Whitten and his wife, Kami, at TIRR Memorial Hermann Hospital in the Houston Medical Center on Monday. Deputy Whitten has been in recovery since he was critically injured after being shot in the line of duty on May 29, 2019.