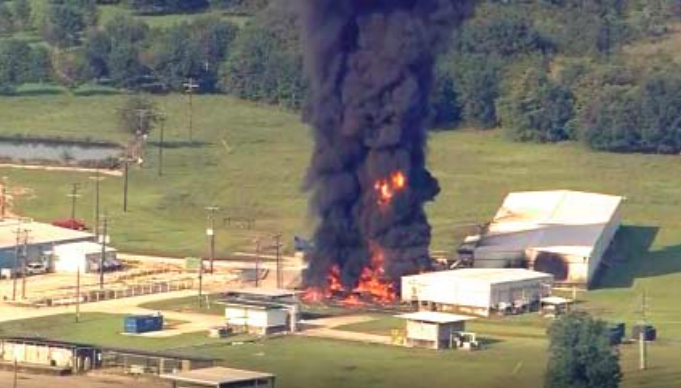 HOUSTON – When the Arkema criminal trial resumed weeks ago in the new setting, second floor of NRG Arena, both prosecution and defense filed motions charging each other with legal misconduct; prosecutors alleged jury tampering, the defense alleging disregard for disclosure obligations and violation of due process.

Just as flood waters receded, as Crosby residents were beginning to recover from Hurricane Harvey in late August of 2017, US 90 was shut down and over 200 residents were evacuated from their homes because it was learned that there could soon be an explosion at Arkema Chemical Plant. Trailers containing chemicals that had lost their refrigeration had reached critical temperatures and were separated from others to a nearby warehouse. When the explosion happened, fumes were emitted that hospitalized more than twenty people including first responders.

Mostly that Arkema did not move potentially explosive chemicals prior to Hurricane Harvey making landfall before flooding.

Arkema defendants hired Rusty Hardin and Associates and Drumheller, Hollingswort and Monthly. Calling the freakish 60 inches of rain “an act of God,” they began their defense on a note of unavoidable circumstance. And they countercharged prosecution with political prosecution.

Now jury tampering is alleged by prosecution saying the company sponsored pay per click advertising online at www.arkemaamericas.com linking data not admissible in trial and presenting arguments favorable to the company. The motion is to be ruled on as trial resumes September 22.

Two motions are filed on behalf of defendants; a Brady violation and not disclosing expert reports, and exhibits back in February. Judge Belinda Hill expressed concern about the State’s non-disclosure, granting defense a continuance, delaying the trial date.

The defense later introduced motions of impeachment evidence and investigation of law enforcement on the witness list for the prosecution and further destruction of material evidence and nondisclosure of contradictory witness statements were also charged.