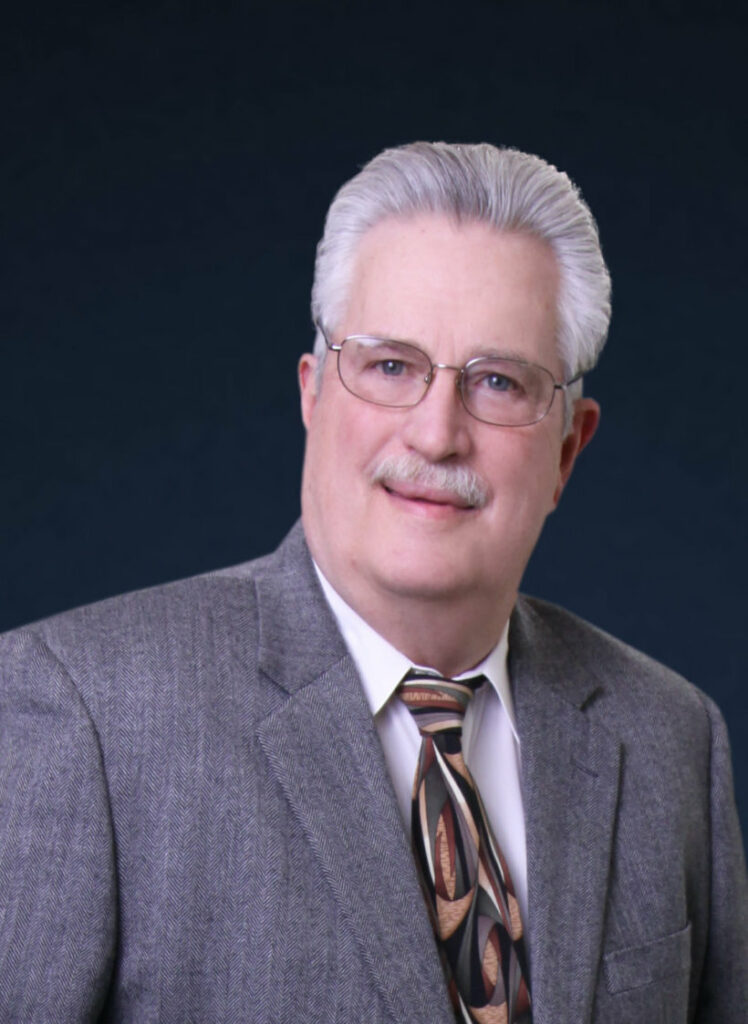 On August 23, 1972, Don Cox sold 5 lots on opening day in Newport. His brother, Audie Cox, was the Sales Manager at that time and told him he put all 5 of Don’s sales on top to be processed first.

Don told the newspaper, “I worked for Diamondhead Corporation part-time while teaching school in Pasadena. I loved the area and sales so much that I moved to Crosby in 1974 and made this my permanent home. Diamondhead Corporation had a change in management and I was terminated in 1975, so I opened my own company with Ed Ping called Lake Houston Real Estate in 1976. Things didn’t work out with Ed, so I bought Ed out and in 1978 I bought a Century 21 Franchise and named it Life Changers, Inc. Now I have sold the two-story white house that I rebuilt in 1996 and have terminated my Franchise. I will still help my previous clients and their friends.

END_OF_DOCUMENT_TOKEN_TO_BE_REPLACED

Indian Springs to have 583 homes

CROSBY, Texas – July 19, 2022 – Trez Capital announced the closing of a $15.3 million loan to Windy Hill Development, LLC for the development of 300 single-family lots in the first phase of Indian Springs, a new planned community located just outside Houston, in eastern Harris County on Indian Shores Road near the eastern shores of Lake Houston. The four-phase development spans 138 acres and will have approximately 583 homes upon completion.

“With the shortage of single-family homes and lots in Texas, Trez Capital is pleased to provide the financing for Indian Springs, bringing more homes to this rapidly expanding area of Houston,” said John Sullivan, vice president of origination at Trez Capital. “The improvement and expansion of FM 2100 has opened up the east side of Lake Houston to new development. Indian Springs with its heavily wooded surroundings and accessibility to Lake Houston, creates a family-friendly environment at a price point that welcomes young families.”

“With our family history of real estate and land development in the area dating back nearly 100 years , we are delighted to bring our vision to life alongside our investment partners,” said Rachael Hall, principal of Windy Hill Development. “Indian Springs embodies the spirit of Texas and reinforces our commitment to maintaining our family’s building legacy.”

END_OF_DOCUMENT_TOKEN_TO_BE_REPLACED

CROSBY – As part of a Night Performance at the Crosby Rodeo the Crosby Bras for a Cause Committee presented 3 checks at the CF&R 2022 with proceeds from the 2022 event held in February of this year.

$90,000 to Houston Methodist Baytown. These funds will be divided between the Pink Heals Fund and the BFC Breast Care Fund. Pink Heals supports patients with a cancer diagnosis who need financial support while going through treatment for expenses that insurance will not cover. BFC Breast Care Fund provides financial assistance with breast screenings and diagnostics for cancer diagnosis.

$40,000 donated to CandleLighters Childhood Alliance. CL supports families of children who are dealing with a cancer diagnosis.

$2,000 donated to Joseph’s Warriors, a family foundation formerly from Crosby whose 10-year-old son passed away from cancer and they visit children with cancer in the hospital and take gifts to them.

END_OF_DOCUMENT_TOKEN_TO_BE_REPLACED

Bras for the Cause Annual fundraiser

BAYTOWN — The Crosby Fair & Rodeo’s Crosby Bras for the Cause Committee continued its strong community-wide support of breast cancer prevention, patient support programs at Houston Methodist Baytown Hospital by recently presenting a check for $90,000 to support the hospital’s Pink Heals Fund and Bras for the Cause Breast Care Fund.

The money was derived from the committee’s annual Bras for the Cause fundraiser. This was the 10th anniversary of the event, which has given over $1 million over the years.

“The committee would like to thank the people of Crosby and surrounding communities for their support,” said board member Debbie Holmelin. “The people of this community are the reason Bras for the Cause is able to make such a generous donation to a very worthwhile organization.”

END_OF_DOCUMENT_TOKEN_TO_BE_REPLACED

Crosby supports “Bras for the Cause” 2022

The Crosby Community came out loud and strong on Saturday, January 29th at the Crosby American Legion Hall to support Bras for the Cause. After skipping last year, due to COVID, Bras for the Cause celebrated their tenth anniversary in grand style. The black and gold decorations and balloons gave the hall a celebratory feel….. and celebrate we did!

END_OF_DOCUMENT_TOKEN_TO_BE_REPLACED

The event was a huge success with proceeds of $18,100!! That allowed the school to not only replace the broken compressor, but to replace the entire A/C unit!

END_OF_DOCUMENT_TOKEN_TO_BE_REPLACED

CROSBY – The deaths of three teenagers whose bodies were found at a Crosby area home Tuesday afternoon were due to a possible double homicide and suicide, Harris County Sheriff Ed Gonzalez said.

“Based on the trauma that was viewed, it appears that this may be a case of double homicide-suicide, but that is still going to be under investigation. But that is the preliminary information that we have,” Gonzalez said during a news conference Tuesday evening.

Deputies with Harris County Precinct 3 and the Harris County Sheriff’s Office were sent to the home in the 4500 block of Wolcek Road after a family member, who lived nearby, made the discovery.

Gonzalez said two girls, ages 17, and a boy, 15 years old, were found with “signs of trauma.” Authorities identified the three teens found dead inside a home in northeast Harris County Tuesday. The victims are Kadience Cadena and Haley Burns, both age 17. Authorities said Haley’s 15-year-old brother, Hayden Burns, was the shooter. His cause of death was listed as a suicide.

END_OF_DOCUMENT_TOKEN_TO_BE_REPLACED

Road worker killed on US90 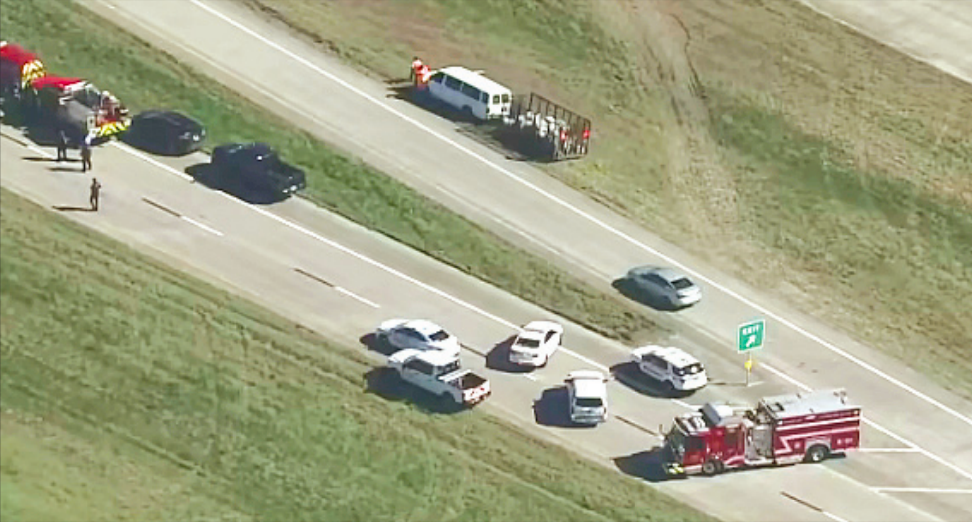 CROSBY, Texas (KTRK) — A man died when he was hit by an 18-wheel truck on the Crosby Freeway in northeast Harris County on Thursday, January 13. According to Sheriff Ed Gonzalez, the crash happened in the area of U.S. 90 and FM2100 just east of Crosby. “An adult male pedestrian, struck by an 18-wheeler, has been pronounced deceased at the scene,” a tweet by Gonzalez read.

Authorities later confirmed the victim was part of a debris cleanup work crew in the area. U.S. 90 was closed just east of FM-2100. The highway remained closed for several hours during the investigation. In the photo above, the big rig is stopped on the side of the road.

END_OF_DOCUMENT_TOKEN_TO_BE_REPLACED

CROSBY – The community celebrated the 22nd Annual Crosby-Huffman Chamber of Commerce Christmas Festival and parade with lots of joy and bright smiles.