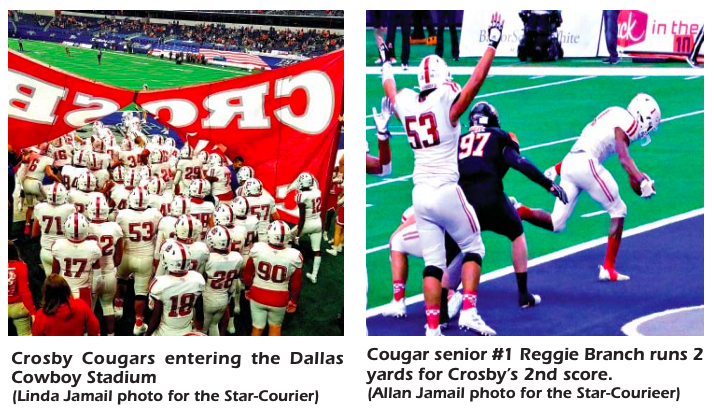 Crosby’s team had to travel over four hours to play the Aledo team in their own backyard, who traveled a mere 30 minutes to play in front of what appeared to be a home field crowd. Nevertheless the Cougars kept the game tied at 14 up until into the second quarter. It was then the Aledo team pulled away, making 6 more touchdowns (TD’s) to Crosby’s 1 in the fourth quarter, beating Crosby 56-21.

The Cougs had TD’s by quarterback Deniquez Dunn, wide receivers Reggie Branch and E’Monte Wilson, all three seniors. Extra points were made by senior Trevor Helburg. Their offense made 369 yards to the Bearcats 615.